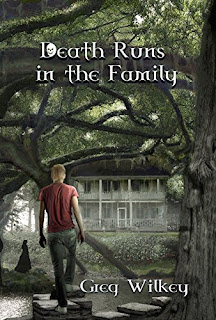 Death Runs in the Family
Life is hard. Death is even harder. It’s learning to survive in the middle that’s nearly impossible. Edgar Flax is a young man cursed with a powerful gift that allows him to travel between life and death. He is forced to face supernatural challenges as he searches for the truth behind the sudden and bizarre disappearance of his parents. The dearly departed are never far from Edgar, and he soon learns that he is a pawn in a war that has been waging for centuries. Edgar discovers that neither the living nor the dead can be trusted. What's a boy to do?
Kindle Price: $0.00
Click here to download this book. 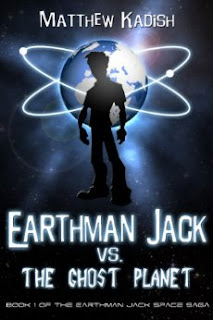 Earthman Jack vs. The Ghost Planet
Jack Finnegan only has to worry about dealing with school bullies, suffering through detention with his homeroom teacher, and getting noticed by the girl of his dreams... at least until an army of evil aliens invade Earth. Suddenly, this teenage slacker finds himself at the center of a galaxy-spanning conflict - where the lives of everyone on the planet are in jeopardy, soldiers use Quantum Physics to become superheroes, and the enemy uses some mysterious form of magic to make themselves practically unstoppable. The secret to ending the conflict and saving the universe may lie in a powerful ancient spaceship, which it seems can only be flown by Earthmen. Now, Jack and a rag-tag group of allies must overcome impossible odds, defeat an unkillable enemy, rescue the princess of the galaxy, and save the universe from a threat more terrifying than any it has ever faced.  Can this underachiever rise to the occasion and become the hero Earth needs? The fate of all life in the galaxy may rest in his hands.
Kindle Price: $0.99
Click here to download this book.