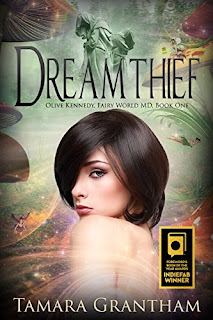 Dreamthief
Visiting Faythander is a nasty business. Forget the fairies and unicorns, most people come back with lost memories and mental problems. Olive Kennedy knows. She's the therapist who treats patients suffering from Faythander's side effects. Despite her empty bank account, she takes pride in her job as Houston’s only Fairy World medical doctor. She's never failed to cure a client—until now. Traveling back to Faythander wasn't on Olive's to-do list. But she has no choice. The fate of both Earth and Fairy depends on her ability to stop an ancient being called the Dreamthief. To complicate matters, she may be losing her heart to someone who can’t love her in return. Saving the world, she can handle. Falling in love—not so much. As if battling the forces of evil wasn't difficult enough…
Kindle Price: $0.00
Click here to download this book. 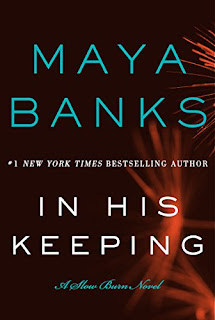 In His Keeping
Abandoned as a baby to a young wealthy couple and raised in a world of privilege, Arial has no hint of her past or who she belonged to. Her only link lies in the one thing that sets her apart from everyone else—telekinetic powers. Protected by her adoptive parents and hidden from the public to keep her gift secret, Ari is raised in the lap of luxury, and isolation. That is, until someone begins threatening her life. Beau Devereaux is no stranger to the strange. As the head of Deveraux Security, he’s more than familiar with the realities of physic powers. So when a family friend approaches him about protecting his daughter, he’s more than ready to jump on board. What Beau isn’t prepared for is the extent of his attraction to his beautiful and powerful client. What began as a simple assignment, just another job, quickly turns personal as Beau discovers he’ll do anything at all to protect Ari. Even if it costs him his life.
Kindle Price: $1.99
Click here to download this book.
Posted by Joisel at 12:00 AM