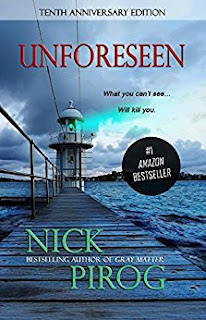 Unforeseen
Retired homicide detective Thomas Prescott is reluctant to read the best selling book Eight in October, a true-crime thriller based on a string of murders occurring throughout October of the past year. After all, it was his case, and he doesn t need to be reminded of the gruesome details. The book dubbed the serial killer, Tristen Grayer, The MAINEiac. Grayer is allegedly dead, but only Prescott knows the truth, Grayer is alive and lurking in the shadows. On October 1st, the anniversary of the first murder, Tristen resurfaces, killing someone special from Prescott's past. Suddenly, it s deja vu for Prescott except this time the women closest to him begin to fall victim at the hands of Grayer. With the help of former flame, medical examiner Dr. Caitlin Dodds, and Eight in October author, Alex Tooms, Prescott must race against the clock to stop Tristen from completing his encore.
Kindle Price: $0.00
Click here to download this book. 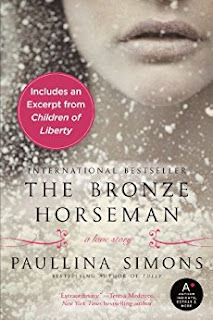 The Bronze Horseman
The golden skies, the translucent twilight, the white nights, all hold the promise of youth, of love, of eternal renewal. The war has not yet touched this city of fallen grandeur, or the lives of two sisters, Tatiana and Dasha Metanova, who share a single room in a cramped apartment with their brother and parents. Their world is turned upside down when Hitler's armies attack Russia and begin their unstoppable blitz to Leningrad. Yet there is light in the darkness. Tatiana meets Alexander, a brave young officer in the Red Army. Strong and self-confident, yet guarding a mysterious and troubled past, he is drawn to Tatiana—and she to him. Starvation, desperation, and fear soon grip their city during the terrible winter of the merciless German siege. Tatiana and Alexander's impossible love threatens to tear the Metanova family apart and expose the dangerous secret Alexander so carefully protects—a secret as devastating as the war itself—as the lovers are swept up in the brutal tides that will change the world and their lives forever.
Kindle Price: $1.99
Click here to download this book.
Posted by Joisel at 12:00 AM