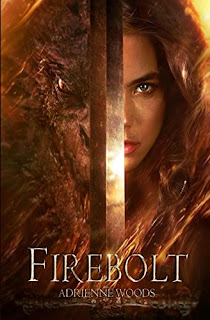 Firebolt
Dragons. Right. Teenage girls don’t believe in fairy tales, and sixteen-year old Elena Watkins was no different. Until the night a fairy tale killed her father. Now Elena’s in a new world, and a new school. The cutest guy around may be an evil dragon, a Prince wants Elena’s heart, and a long dead sorcerer may be waking up to kill her. Oh. And the only way Elena’s going to graduate is on the back of a dragon of her own. Teenage girls don’t believe in fairy tales. Now it’s time for Elena to believe – in herself.
Kindle Price: $0.00
Click here to download this book. 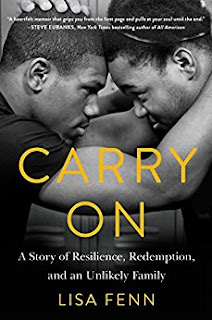 Carry On
When award-winning ESPN producer Lisa Fenn returned to her hometown for a story about two wrestlers at one of Cleveland’s toughest public high schools, she had no idea that the trip would change her life. Both young men were disadvantaged students with significant physical disabilities. Dartanyon Crockett, the team’s best wrestler, was legally blind as a result of Leber’s disease; Leroy Sutton lost both his legs at eleven, when he was run over by a train. Brought together by wrestling, they had developed a brother-like bond as they worked to overcome their disabilities. In their time developing the segment together, Fenn formed a profound connection with Dartanyon and Leroy. After earning their trust and their love, she realized she couldn’t just walk away when filming ended. These boys had had to overcome the odds too many times. Instead, Fenn dedicated herself to ensuring their success long after the reporting wqs finished and the story aired—and an unlikely family of three was formed. The years ahead would be fraught with complex challenges, but Fenn stayed with the boys every step of the way—teaching them essential life skills, helping them heal old wounds and traumatic pasts, and providing the first steady and consistent support system they’d ever had.
Kindle Price: $1.99
Click here to download this book.
Posted by Joisel at 12:00 AM