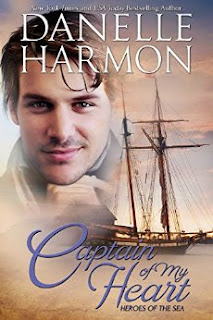 Captain Of My Heart
Excitement heralds the arrival of Captain Brendan Jay Merrick, a dashing privateer whose daring sea battles against His Majesty's fleet have made him a legend in the American colonies. Brendan has plans for the Ashton Shipyard to build his magnificent new schooner. But one look at the handsome Irishman, and Ashton's daughter Mira is making plans of her own . . Mira Ashton - queen of schemes and mistress of spunk - disguises herself as a crew member and sneaks aboard the newly built Kestrel to become the schooner's sharpest gunner ... and the captain's most outrageous distraction. As passions flare, desire explodes with the turbulence of an angry sea with Mira competing against Kestrel for Brendan's love. But when tragedy strikes, Mira must join forces with her mighty rival in a daring adventure that turns the tide of battle and brings glorious victory to the colonists, the captain ... and the lady who has captured his heart.
Kindle Price: $0.00
Click here to download this book. 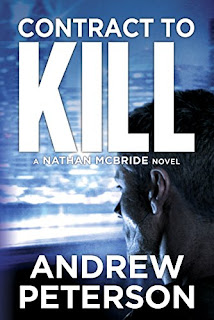 Contract to Kill
When Toby Haynes witnesses a double murder—and suspects his boss, Tanner Mason, as the perpetrator of the crime—he does the only thing he can think of: he calls in Nathan McBride. CIA special ops veteran McBride and his partner, Harvey Fontana, respond to their friend’s plea. As they launch a covert investigation into Mason, the security chief for one of the nation’s leading private military contractors, they discover that not everything is as it appears. Mason and his inner circle are leading a top-secret operation to tackle a wave of crime plaguing the US-Mexican border, and the murder may have been part of their complicated strategy—or part of a more menacing agenda. Soon McBride and Fontana find themselves engaged in a deadly game. With a powerful politician behind it all, stopping Mason could mean joining a secret war—with truly global stakes.
Kindle Price: $1.99
Click here to download this book.
Posted by Joisel at 12:00 AM