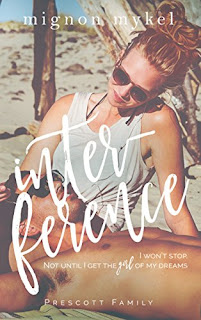 Interference
There's only one thing he wants to do. Having grown up in a hockey family, Caleb Prescott knows better than most the ins and outs of a season. If there's one thing he has vowed to stick by, it's that he's there to play the game, not be the face gracing media. Sydney Meadows is finishing up her degree and decides to intern with a casting company. Fun, right? Until she's given an impossible task--get a well known hockey player, who has very little media presence, to agree to star on a dating show. What starts as a challenge, quickly turns difficult in other ways... But sometimes plans change...
Kindle Price: $0.00
Click here to download this book. 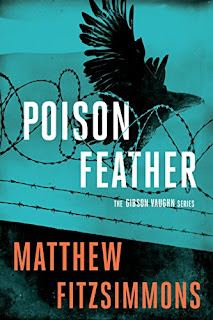 Poisonfeather
When jailed billionaire Charles Merrick hints publicly that he has stashed a fortune in an offshore cache, a school of sharks converges upon his release from federal prison. Among his swindled victims is Judge Hammond Birk, the man who saved Gibson Vaughn’s life when he was a troubled teenager. Now Gibson intends to repay that debt by recovering Merrick’s victims’ money. But Gibson isn’t the only one on the trail of the hidden fortune. The promise of billions has drawn a horde of ruthless treasure hunters, including an edgy ex-con, a female bartender with a mysterious history, a Chinese spy with a passion for fly-fishing, and a veritable army of hardened mercenaries. To stay ahead of the sharks and win justice for his mentor, Gibson will need all his formidable skills. But at the end of the road, he’ll still have to face “Poisonfeather”—a geopolitical secret that just might get Gibson killed…or worse.
Kindle Price: $1.99
Click here to download this book.
Posted by Joisel at 12:00 AM