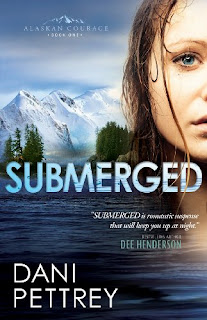 Submerged
Bailey Craig vowed never to set foot in Yancey again. She has a past, and a reputation--and Yancey's a small town. She's returned to bury a loved one killed in the plane crash and is determined not to stay even an hour more than necessary. But then dark evidence emerges and Bailey's own expertise becomes invaluable for the case. Cole McKenna can handle the deep-sea dives and helping the police recover evidence. He can even handle the fact that a murderer has settled in his town and doesn't appear to be moving on. But dealing with the reality of Bailey's reappearance is a tougher challenge. She broke his heart, but she is not the same girl who left Yancey. He let her down, but he's not the same guy she left behind. Can they move beyond the hurts of their pasts and find a future together?
Kindle Price: $0.00
Click here to download this book. 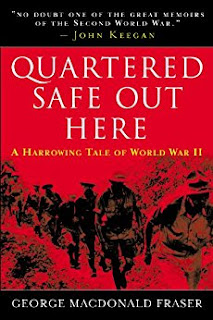 Quartered Safe Out Here
George MacDonald Fraser—beloved for his series of Flashman historical novels—offers an action-packed memoir of his experiences in Burma during World War II. Fraser was only 19 when he arrived there in the war's final year, and he offers a first-hand glimpse at the camaraderie, danger, and satisfactions of service. A substantial Epilogue, occasioned by the 50th anniversary of VJ-Day in 1995, adds poignancy to a volume that eminent military historian John Keegan described as "one of the great personal memoirs of the Second World War."
Kindle Price: $1.99
Click here to download this book.
Posted by Joisel at 12:00 AM