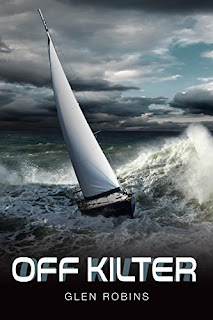 Off Kilter
Collin Cook is a man on the run – from many things. This young father is struggling with his career, his increasingly strained marriage, and the pressures of life when he is sent into a tailspin by the sudden, tragic loss of his family. Losing them was a painful shock. Witnessing the accident over the phone was enough to send him over the edge. In “Off Kilter”, we follow Collin around the world as he battles with guilt and the pain of his loss while trying to stay one step ahead of his would-be captors. These would be captors have targeted the unstable Collin and have been dispatched to retrieve the huge settlement he received. At the same time, they have framed him so that law enforcement agencies have joined the hunt, believing that he is involved in major cyber attacks on several large banks. With the help of his long-time friend Lukas Mueller, a highly trained security expert, Collin must find a way to stay alive and maintain his freedom while teetering on the brink of emotional collapse.
Kindle Price: $0.00
Click here to download this book. 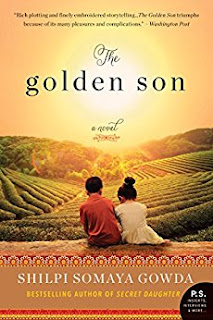 The Golden Son
The first of his family to go to college, Anil Patel, the golden son, carries the weight of tradition and his family’s expectations when he leaves his tiny Indian village to begin a medical residency in Dallas, Texas, at one of the busiest and most competitive hospitals in America. When his father dies, Anil becomes the de facto head of the Patel household and inherits the mantle of arbiter for all of the village’s disputes. But he is uneasy with the custom, uncertain that he has the wisdom and courage demonstrated by his father and grandfather. His doubts are compounded by the difficulties he discovers in adjusting to a new culture and a new job, challenges that will shake his confidence in himself and his abilities. Back home in India, Anil’s closest childhood friend, Leena, struggles to adapt to her demanding new husband and relatives. Arranged by her parents, the marriage shatters Leena’s romantic hopes and eventually forces her to make a desperate choice that will hold drastic repercussions for herself and her family. Though Anil and Leena struggle to come to terms with their identities thousands of miles apart, their lives eventually intersect once more—changing them both and the people they love forever.
Kindle Price: $1.99
Click here to download this book.
Posted by Joisel at 12:00 AM