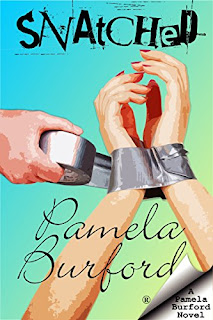 Snatched
Lucy’s kidnapper calls himself Will but looks suspiciously like ’80s child TV star Ricky Baines, whose acting career was cut short when he himself was snatched and held for ransom 25 years ago in a notorious cold case that remains unsolved. Will’s gang includes an aging French bombshell, an outlandish Irish giant with a mysterious past and a thing for Will’s sister, and long-lost Cousin Hal—a charming fellow who neglects to mention that he happens to be the twisted sociopath who kidnapped Will when he was still America’s favorite little star. Hal spent the past quarter century in the slammer for an unrelated murder, and now he’s out and determined to locate the $2 million ransom Will’s family paid. Someone else dug up the cash while Hal was behind bars, and that sort of thing tends to make twisted sociopaths a tad grouchy. Fortunately (or not), Lucy’s bigamous ex is on the case. But so are a gay private eye in a fat suit and a bad-tempered parrot with an ax to grind, so no worries. Everyone has a secret and no one is who he seems when Kidnap Fever strikes.
Kindle Price: $0.00
Click here to download this book. 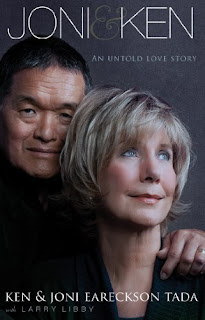 Joni and Ken
This is the true love story of Joni and her husband of 30 years, Ken Tada. A love story showing what it truly means for a man and a woman to live in love … in sickness and in health. Even the honeymoon wasn’t easy. Did Ken realize what he was getting into when he proposed to Joni, a quadriplegic woman? As their marriage years moved on, Ken became increasingly overwhelmed by the never-ceasing demands of caring for Joni, who begins to experience chronic, extreme, nightmarish pain. Ken sinks into depression, and the couple finds themselves on parallel tracks in life, married and living under the same roof but drifting apart emotionally.
Kindle Price: $0.99
Click here to download this book.
Posted by Joisel at 12:00 AM