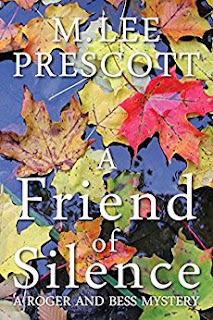 A Friend of Silence
What safer haven could there be than a Quaker boarding school in a tiny New England coastal village? What secrets lie beneath its serene and quiet beauty? Out of the blue, the campus is laid open, the peace of Old Harbor Friends shattered by the murder of lascivious, comptroller, Milt Wickie. Wickie is discovered in his office, a scrimshaw knife protruding from his chest, a knife belonging to beloved teacher and grieving widow, Bess Dore. Initially a suspect, the forty-two year old, Bess is soon exonerated and jumps headlong into a murder investigation along with old flame, police detective, Roger Demaris, and Harry Winthrop, an amateur sleuth, prolific writer, and the son of the school's wealthiest patron. Will Bess find romance along the way, giving her heart to the gruff police officer, who still adores her, or to the fly-by-night, but charming Harry who is clearly smitten? Will the killer strike again? Will the silence and calm of the 200-year old Friends school ever again be restored?
Kindle Price: $0.00
Click here to download this book. 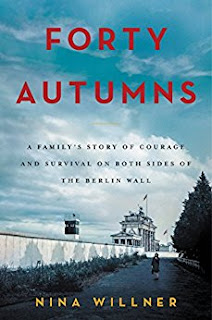 Forty Autumns
This makes visceral the pain and longing of one family forced to live apart in a world divided by two. At twenty, Hanna escaped from East to West Germany. But the price of freedom—leaving behind her parents, eight siblings, and family home—was heartbreaking. Uprooted, Hanna eventually moved to America, where she settled down with her husband and had children of her own. Growing up near Washington, D.C., Hanna’s daughter, Nina Willner became the first female Army Intelligence Officer to lead sensitive intelligence operations in East Berlin at the height of the Cold War. Though only a few miles separated American Nina and her German relatives—grandmother Oma, Aunt Heidi, and cousin, Cordula, a member of the East German Olympic training team—a bitter political war kept them apart. Nina recounts her family’s story—five ordinary lives buffeted by circumstances beyond their control. She takes us deep into the tumultuous and terrifying world of East Germany under Communist rule, revealing both the cruel reality her relatives endured and her own experiences as an intelligence officer, running secret operations behind the Berlin Wall that put her life at risk.
Kindle Price: $1.99
Click here to download this book.
Posted by Joisel at 12:00 AM