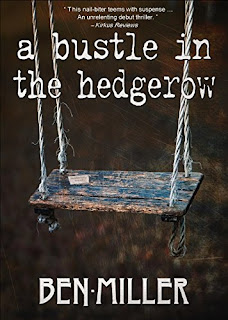 A Bustle in the Hedgerow
The strangled body of a 9-year-old girl is discovered behind a hedgerow bordering her school playground in York, Pennsylvania. The local authorities’ only clue lies in a scrap of paper left in her front pocket, with a short phrase printed on it in an unfamiliar language. Jackson Byrne, an FBI agent who specializes in investigating crimes against children, has just completed a book tour promoting his best-seller about solving his most recent high-profile case—the abduction and murder of a celebrity’s young daughter. Unexpectedly, Jack receives an invitation from an old family friend and powerful political insider urging him to run for the U.S. Senate. At the same time, his FBI division learns of the murder of another child with a similar mysterious message, launching them into a search for a serial killer given the moniker The Playground Predator. As Jack becomes torn between his excitement about a new career and others’ expectations of a celebrated investigator, he must also continue to deal with demons from his past. While Jack’s devoted wife, a sycophantic young FBI colleague, and an ambitious and attractive female reporter all try to influence his path, none of them pulls the strings as effectively as the enigmatic Randall, the psychologically disturbed but brilliant Playground Predator himself, who orchestrates his own master plan,eventually dragging Jack into an inevitable showdown.
Kindle Price: $0.00
Click here to download this book. 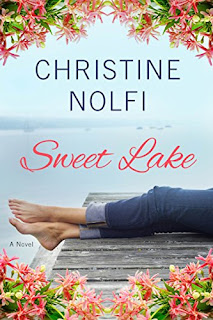 Sweet Lake
Linnie Wayfair knows just how many people are counting on her. But knowing doesn’t make doing any easier. Everyone in Sweet Lake, Ohio, wants her to muster all her business sense and return the Wayfair Inn to its former glory. Her parents hope she’ll forgive her scoundrel of a brother and reconcile the family. The eccentric Sweet Lake Sirens want her to open the inn—and her heart—to new possibilities. And her hilarious lifelong friends Jada and Cat are dropping none-too-subtle hints for her to ignite a romance with Daniel Kettering, the sexy attorney who’s been pining for her for years…Now a shocking turn of events will open old wounds and upend the world Linnie has carefully built. She has to make changes quickly—and the results, though not entirely what she expected, might be what she’s been yearning for all along.
Kindle Price: $1.99
Click here to download this book.
Posted by Joisel at 12:00 AM