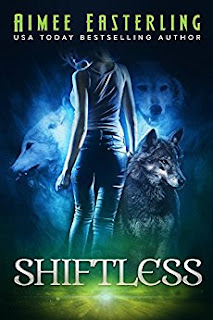 Shiftless
Forget the full moon, female werewolves shift uncontrollably at that time of the month. But after years of practice, teenaged Terra learns to squash her wolf, which allows her to flee the repressive village where she grew up. A decade later, Terra realizes she has an even worse problem. After hiding from her wolf for so long, she is now shiftless, unable to change back into canine form. When her father shows up with an ultimatum, Terra knows she'll have to learn to shift or return to her place in her family's pack. Will Wolfie, a nearby alpha who's more wolf than man, be a stumbling block in Terra's quest to maintain her freedom? As Terra struggles to escape two werewolf packs that seem poised to suck her back in, the real question becomes --- does she really want to stay away?
Kindle Price: $0.00
Click here to download this book. 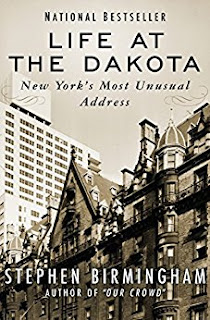 Life at the Dakota
Life at the Dakota is a deliciously entertaining social history that describes the lives of the rich and trendy who have lived at the Dakota - a New York apartment house daringly erected in 1884, "too far up" and on the wrong side of town. This story has the fabulous characters, sharp insights, and captivating anecdotes of Stephen Birmingham's earlier works, and the atmosphere of the elegant Dakota is so powerful that the building itself becomes an unforgettable major character. The Gustav Schirmers were among the early tenants. Others such as Boris Karloff, Judy Holliday, Leonard Bernstein, and and Lauren Bacall would follow. In this edition the author has included an afterword on John Lennon's murder at the Dakota.
Kindle Price: $1.99
Click here to download this book.
Posted by Joisel at 12:00 AM