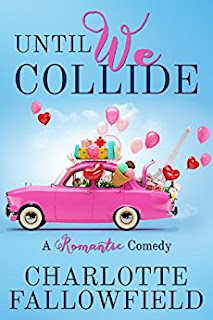 Until We Collide
What do you do when the guy you’re in love with is seeing someone else? That’s the dilemma facing Paige Taylor. All of her life she’s only ever had eyes for the gorgeous Alec Wright, but despite their undeniable chemistry, their timing has always been off. Fast approaching her thirtieth birthday, Paige despairs of ever finding love and a happy ever after. Her best friend Poppie tells her that she can either watch life pass her by, or grab it with both hands. She convinces Paige to throw herself back into the dating pool, or she could be waiting for Alec forever. What Paige didn’t expect was the catalogue of dating disasters to follow. A neck brace, jelly fish, stitches, flashing and an encounter with a gorilla were some of the most memorable. Despite some downright hilarious, humiliating and cringe worthy dates, her biological clock is ticking and Paige is determined to keep trying until she finds the one. Was Alec Wright always her Mr. Right, or is he still out there waiting to be found?
Kindle Price: $0.00
Click here to download this book. 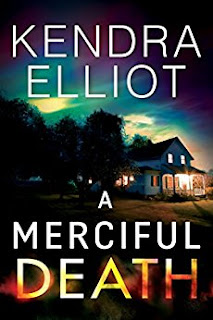 A Merciful Death
FBI special agent Mercy Kilpatrick has been waiting her whole life for disaster to strike. A prepper since childhood, Mercy grew up living off the land—and off the grid—in rural Eagle’s Nest, Oregon. Until a shocking tragedy tore her family apart and forced her to leave home. Now a predator known as the cave man is targeting the survivalists in her hometown, murdering them in their homes, stealing huge numbers of weapons, and creating federal suspicion of a possible domestic terrorism event. But the crime scene details are eerily familiar to an unsolved mystery from Mercy’s past. Sent by the FBI to assist local law enforcement, Mercy returns to Eagle’s Nest to face the family who shunned her while maintaining the facade of a law-abiding citizen. There, she meets police chief Truman Daly, whose uncle was the cave man’s latest victim. He sees the survivalist side of her that she desperately tries to hide, but if she lets him get close enough to learn her secret, she might not survive the fallout…
Kindle Price: $1.99
Click here to download this book.
Posted by Joisel at 12:00 AM