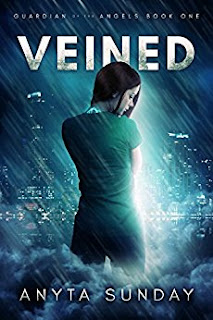 Veined
It could be worse for Sylva Lark. She could be dead. A coma was nothing to that. Or her family moving across country for the treatment, leaving her with a big blue mark on her back. She can handle it. Mostly. Except the mark glows and tingles, especially whenever transition helper Atticus Plot (Attic) is close by. She suspects he’s hiding something, and when she stumbles across a torn body bearing the same spiral marking as her own, that suspicion is confirmed. After a few shaves with death, the truth finally comes out and the battles begin. But not all her fights are external; her biggest one is the decision she has to make between doing the right thing for world and giving up her beloved family for good.
Kindle Price: $0.00
Click here to download this book. 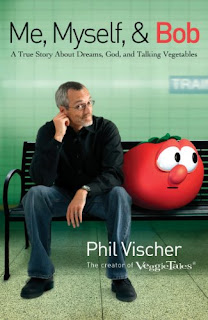 Me, Myself, and Bob
Larry. Bob. Archibald. These Veggie Tales stars are the most famous vegetables you'll ever eat. Oops, meet. Their antics are known around the world. But so much of the Veggie Tale story hasn't been told. In Me, Myself, and Bob, Phil Vischer, founder of Big Idea and creator of Veggie Tales, gives a behind-the-scenes look at his not-so-funny journey with the loveable veggies. From famed creator to bankrupt dreamer, Vischer shares his story of trial and ultimate triumph as God inspired him with one big idea after another.
Kindle Price: $0.99
Click here to download this book.
Posted by Joisel at 12:00 AM