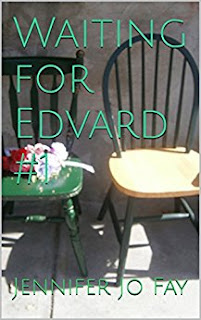 Waiting for Edvard #1
Nadia Vanburren, dead woman in the afterlife, pines for her widower husband, Edvard. Jealous of him moving on with lovely, artistic neighbor, Audrey, Nadia seeks revenge.
Yet, when Audren has break ins to her apartment, everything changes.
Kindle Price: $2.99
Click here to download this book. 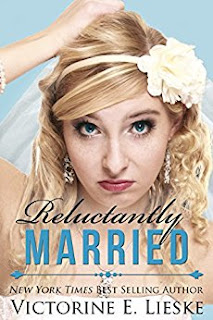 Reluctantly Married
Megan Holloway can’t stand her local morning show co-host, Adam Warner, even though he’s a total hunk. He goads her on-air until she says things she regrets. But since ratings increase each time they have an on-air fight, the producer encourages his behavior.  When a relationship specialist comes onto the show purporting that Adam has hidden feelings for her, she reluctantly agrees to go out with him—on camera. What starts out as one date turns into a viral dating show with Megan and Adam alternating between locking lips and knocking heads.  As Megan fights her growing attraction to Adam, their popularity increases and ABC takes notice, offering them their own program. Not a morning show like Megan is hoping, but a dating show in which she and Adam must marry at the end. With the promise of a hundred thousand dollars and the possibility of scoring what she really wants, her own national program, she signs on. What she doesn't know is that Adam has fallen in love with her, and his objective is to get her to do the same.
Kindle Price: $0.00
Click here to download this book. 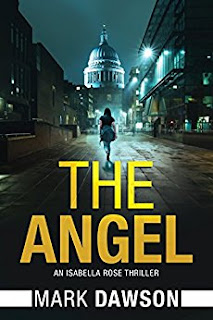 The Angel
An Underground carriage in London is destroyed by a suicide bomber. The injured and the dead litter the platform. But as a crowd forms at street level, Michael Pope knows that this is only the beginning. Pope, head of top-secret Group Fifteen, is tasked with finding the perpetrators of this atrocity and bringing them to justice, any way he can. He knows that the answers to many of his questions will lie at the end of the money trail, but he also knows that whoever funded and organised the attack will kill again for their freedom. This is an operation that requires a very special kind of agent. Pope needs someone who exists outside of normality. Someone who floats above it, treading softly through a fractured life. He needs the Angel.
Kindle Price: $1.99
Click here to download this book.
Posted by Joisel at 12:00 AM