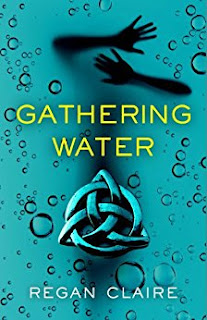 Gathering Water
Della Doe Deare isn't like most people. Most people begin their life on the day they enter the world; the day they're born. Della, well, hers began on the day she turned eighteen. After all, it was the day she first heard her real name, and that of her mothers. With nothing but a couple of duffel bags and a folder full of questions, she travels home to coastal North Carolina to claim the house she inherited from a grandmother she never knew. She has two goals: discover why her mother ran away from home all those years ago, and avoid the family that had left her to rot in an inept foster care system. Hard to do when the family she's been trying to avoid is dragging her into an unimaginable world... a world on the brink of war, and both sides want her dead. All Della ever wanted was to know who she was, but the journey to self-discovery might just lead to her destruction.
Kindle Price: $0.00
Click here to download this book. 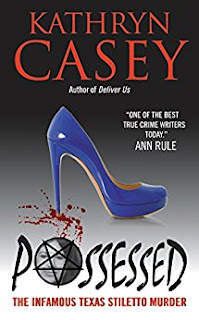 Possessed
The officer responding to a 911 call at one of Houston’s hippest high-rises expected the worst. After all, domestic violence situations can be unpredictable. But nothing could’ve prepared him for what he found: a beautiful woman drenched in blood . . . an older man lying dead on the floor . . . and a cobalt blue suede stiletto with tufts of white hair stuck to its five-and-a-half-inch heel. With her stunning looks, magnetic personality, and erratic behavior, Ana Trujillo had a notorious reputation on the downtown Houston scene. She spoke often of occult powers, though few knew how deeply she believed such boasts. Stefan Andersson was a gentle soul, a Swedish transplant with a good career and trusted friends, who was desperate to find someone special. Theirs is a story of obsession, madness, and tragedy. Because once Stefan fell head over heels for Ana, he was under her control—and he didn’t have a chance in hell.
Kindle Price: $1.99
Click here to download this book.
Posted by Joisel at 12:00 AM