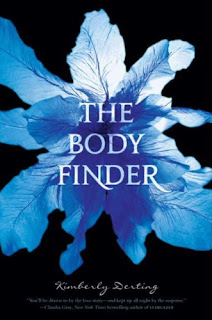 The Body Finder
Violet Ambrose is grappling with two major issues: Jay Heaton and her morbid secret ability. While the sixteen-year-old is confused by her new feelings for her best friend since childhood, she is more disturbed by her "power" to sense dead bodies—or at least those that have been murdered. Since she was a little girl, she has felt the echoes that the dead leave behind in the world... and the imprints that attach to their killers. Violet has never considered her strange talent to be a gift; it mostly just led her to find the dead birds her cat had tired of playing with. But now that a serial killer has begun terrorizing her small town, and the echoes of the local girls he's claimed haunt her daily, she realizes she might be the only person who can stop him. Despite his fierce protectiveness over her, Jay reluctantly agrees to help Violet on her quest to find the murderer—and Violet is unnerved to find herself hoping that Jay's intentions are much more than friendly. But even as Violet is getting closer and closer to discovering a killer.. she might become his next prey.
Kindle Price: $0.00
Click here to download this book. 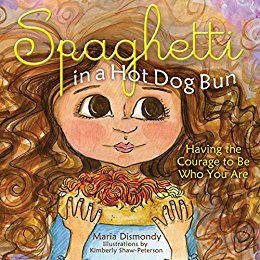 Spaghetti in a Hot Dog Bun
How can Ralph be so mean? Lucy is one of a kind and Ralph loves to point that out. Lucy's defining moment comes when Ralph truly needs help. Because she knows what she stands for, Lucy has the courage to make a good choice. This charming story empowers children to always do the right thing and be proud of themselves, even when they are faced with sticky situation.
Kindle Price: $3.99
Click here to download this book.
Posted by Joisel at 12:00 AM