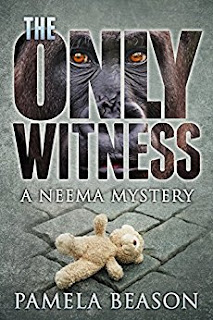 The Only Witness
A MISSING BABY Seventeen-year-old Brittany Morgan dashed into the store for just a minute, leaving her sleeping baby in the car. Now Ivy's gone and half the town believes Brittany murdered her daughter. A HAUNTED DETECTIVE Detective Matthew Finn, a big-city fish out of water in small-town Evansburg, Washington, struggles with his wife's betrayal as he investigates Ivy Morgan's disappearance. The clock is ticking and he can't find any witnesses. AN UNUSUAL RESEARCH SUBJECT Imaginative, manipulative, and volatile, with the intelligence of a five-year-old child, Neema knows enough sign language to invent jokes and insults. She can also hurl a grown man across the room. Neema is a gorilla. A DISTRESSED SCIENTIST After a psycho murdered one of her "talking" gorillas in Seattle, Dr. Grace McKenna relocated to the Evansburg area. Now with the economy on the rocks and her funding cut, her beloved gorillas Neema and Gumu are in jeopardy. When Neema repeats a story of a crying baby, a cucumber car, and a snake, Grace realizes her gorilla is the only witness to whatever happened to baby Ivy. Does Grace dare go public with Neema's sketchy clues? Can she afford not to?
Kindle Price: $0.00
Click here to download this book. 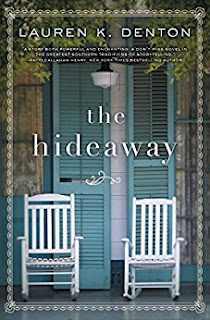 The Hideaway
When her grandmother’s will wrenches Sara back home from New Orleans, she learns more about Margaret Van Buren in the wake of her death than she ever did in life. After her last remaining family member dies, Sara Jenkins goes home to The Hideaway, her grandmother Mags's ramshackle B&B in Sweet Bay, Alabama. She intends to quickly tie up loose ends then return to her busy life and thriving antique shop in New Orleans. Instead, she learns Mags has willed her The Hideaway and charged her with renovating it—no small task considering Mags’s best friends, a motley crew of senior citizens, still live there. Rather than hurrying back to New Orleans, Sara stays in Sweet Bay and begins the biggest house-rehabbing project of her career. Amid Sheetrock dust, old memories, and a charming contractor, she discovers that slipping back into life at The Hideaway is easier than she expected. Then she discovers a box Mags left in the attic with clues to a life Sara never imagined for her grandmother. With help from Mags’s friends, Sara begins to piece together the mysterious life of bravery, passion, and choices that changed Mags’s destiny in both marvelous and devastating ways. When an opportunistic land developer threatens to seize The Hideaway, Sara is forced to make a choice—stay in Sweet Bay and fight for the house and the people she’s grown to love or leave again and return to her successful but solitary life in New Orleans.
Kindle Price: $1.99
Click here to download this book.