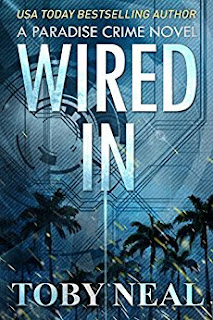 Wired In
Special Agent Sophie Ang's emotions are battered by a child kidnapping case that goes badly wrong. In tracking the criminal ring, her rogue data analysis program, D.A.V.I.D., identifies an anomaly that leads her into a cat-and-mouse game online with a deadly enemy whose motives are unclear.  The chase lures her through dark corridors of cyberspace into a confrontation with the violence from her past that sent her fleeing to the United States.  She'll need every skill she's learned to defeat her worst nightmare-and the stakes couldn't be higher.
Kindle Price: $0.00
Click here to download this book. 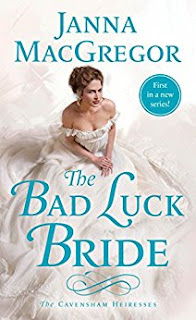 The Bad Luck Bride
A man of honor, Alexander Hallworth, Marquess of Pembrooke, will not rest until he exacts revenge on the man who destroyed his family. Just one more piece must fall into place for him to succeed he needs to convince his enemy s fiancee, the tragically beautiful Lady Claire Cavensham, to marry him instead. Lady Claire s curse has always left her one misstep away from social ruin her past three engagements have gone awry, and now her fourth is headed in the same direction. . .until Alex, a man she barely even knows, shocks the ton and Claire by announcing their engagement. What begins as a sham turns into something deeper, and more passionate, than either Claire or Alex could have imagined. But when their secrets are revealed, will the truth behind their union scandalize them both or is their love strong enough to break the curse and lead them toward their happily ever after?
Kindle Price: $1.99
Click here to download this book.
Posted by Joisel at 12:00 AM