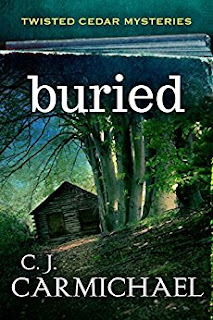 Buried
Justice is overdue in the coastal town of Twisted Cedars where two unsolved mysteries lay buried in the past. Over thirty years ago a series of murders targeting Oregon librarians was never solved. Now someone with inside knowledge is feeding clues to true crime writer Dougal Lachlan, promising him the best story of his career. Pursuing the leads means returning to Twisted Cedars, where his sister Jamie, is about to marry a man he deeply dislikes. Local Twisted Cedars librarian Charlotte Hammond prefers her mysteries - and her romances - between the covers of a good book, especially since the disappearance of her older sister, Daisy, eight years ago. But then the dark and tortured soul who is Dougal Lachlan walks into the Twisted Cedars Library asking for her help. Before long Charlotte realizes there is no safe zone. Not even in libraries...and especially not in Twisted Cedars.
Kindle Price: $0.00
Click here to download this book. 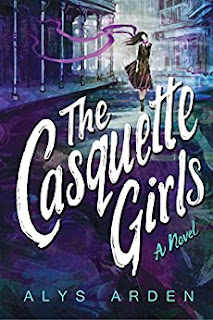 The Casquette Girls
After the storm of the century rips apart New Orleans, sixteen-year-old Adele Le Moyne wants nothing more than her now silent city to return to normal. But with home resembling a war zone, a parish-wide curfew, and mysterious new faces lurking in the abandoned French Quarter, normal needs a new definition.  As the city murder rate soars, Adele finds herself tangled in a web of magic that weaves back to her own ancestors. Caught in a hurricane of myths and monsters, who can she trust when everyone has a secret and keeping them can mean life or death? Unless... you’re immortal.
Kindle Price: $1.99
Click here to download this book.
Posted by Joisel at 12:00 AM