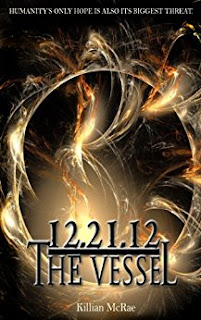 12.21.12: The Vessel
The only way to save the future is to decode the past. The only way to decode the past is to save the future. Archaeologist Sheppard Smyth has staked his career and the honorable memory of his wife and partner on proving his widely panned theory: Cleopatra VII, last sovereign pharaoh of Egypt, was not a victim of suicide as history suggests, but of a well-concealed murder. When a statue of the doomed Queen is unearthed in a pre-Columbian excavation site in Mexico, Shep rushes to investigate and, hopefully, find the proof that's evaded him for so long. Working to unlock the mysteries he finds, Shep is about to learn much more than he ever bargained for. Suddenly thrust into the heated rivalry between sexy and enigmatic antiquities thief Victoria Kent and the infamous Russian mafioso Dmitri Kronastia, Shep finds himself a common pawn played by forces working to see out a quest older than the pyramids and cloaked in the Mayan Doomsday prophecy of 12.21.12.
Kindle Price: $0.00
Click here to download this book. 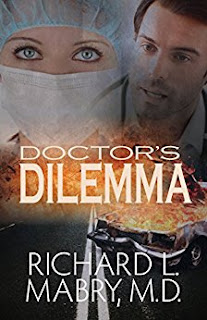 Doctor’s Dilemma
Dr. Tyler Gentry had it all planned out, but the death of his parents in a plane crash changed everything. When he discovered his father had left him a mountain of debt, piled on top of his own student debt, the offer from Dr. William Hall to join his group of surgeons seemed a perfect solution. But the night before he was to start, Tyler received a call that told him to get out while he could. Despite the salary and perks, Tyler found a curtain of mystery surrounding the surgical group. The only thing that made it worthwhile was the lovely operating room nurse, Ashley Wynn, with whom Tyler seemed to make an instant connection. But when their first date ended with his car exploding while she watched, Ashley seemed hesitant to continue their relationship. The stakes continued to rise while Tyler was faced with his dilemma: stay or go?
Kindle Price: $2.99
Click here to download this book.
Posted by Joisel at 12:00 AM