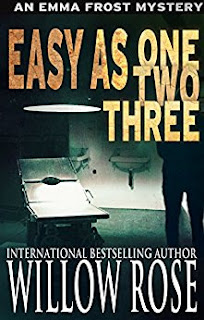 Easy as One, Two, Three
Mads and Signe are very young when they get married. They are ready to take on the world starting with their honeymoon to Egypt. Two years later, Mads is in a coma and Signe has vanished from the face of the earth. Meanwhile, Emma Frost is looking for her daughter whom the police believe is guilty of the hit and run that left Mads Schou brain dead. But was it really an accident, or is there more to the story than they first thought? Emma believes so, but can't convince the police. To help her, Emma receives help from a couple many of Willow Rose's readers will recognize.
Kindle Price: $0.00
Click here to download this book. 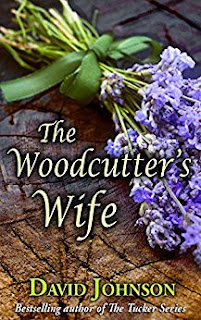 The Woodcutter's Wife
Mary Thomson is no ordinary woman. She works alongside her husband William cutting firewood to sell in the city, earning herself the nickname “The Woodcutter’s Wife.” She kills a bear with her bare hands. And she prefers plowing a field to cooking a meal. The one thing she cannot seem to handle is the melancholy that has enveloped her. Mary lost four children before they were a year old, and the doctor says she will no longer be able to conceive. Mary’s world flies apart when William disappears, leaving her with the arduous task of tending their farm by herself. Using her fierce independent spirit to cope as the war rages around her, she finds help in the form of a freed slave who offers his help. But after fate throws her another dramatic curve, Mary is forced to make the most difficult choice of her life.
Kindle Price: $0.99
Click here to download this book.
Posted by Joisel at 12:00 AM