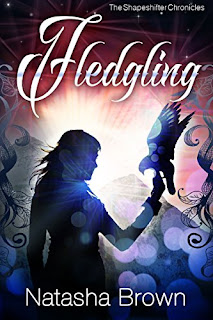 Fledgling
Set apart from other eighteen year olds, Ana Hughes knows she is different. A life threatening heart condition smothers her future and she yearns to feel normal. Her hopes are pinned on a fresh start in a remote town far from her native Colorado. Among the locker filled hallways in Clark Bend High, Ana keeps to the shadows, not wanting to draw attention to her violet tinged lips and wilted silhouette. And she almost succeeds, until she meets Chance Morgan. Struggling to keep up appearances, she soon suspects Chance is hiding something as well. His animal-like senses, miraculous healing ability and peculiar reaction to her Thunderbird necklace compels Ana to question if there’s more to the stories about his Navajo ancestry. Without any other explanation, she fears he is playing tricks on her. But the truth may prove too much for Ana’s delicate heart…
Kindle Price: $0.00
Click here to download this book. 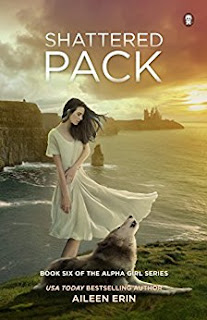 Shattered Pack
Meredith Molloney never thought she’d find a mate, let alone someone like Donovan Murry—one of the most powerful Alphas alive. Now that she’s no longer cursed and the evil Luciana Alvarez has been taken care of, she thinks life will finally settle down. Boy, has she never been so wrong. In the middle of the night, Donovan gets a call telling him that his pack has gone to pieces. The news that his second in command has been found brutally murdered has Donovan packing his bags for Ireland, but the last thing Meredith wants to do is leave Texas. She’s heard about how the Celtic Pack are with outsiders. And Donovan has more than a few exes in the pack that will be less than friendly. Meredith’s never let a few angry wolves stop her, and she’s not about to start now. She’s faced down much worse the past few months. But when she gets there, she finds that it’s not just a few exes who stand in the way between her and her Full Moon Ceremony with Donovan. Meredith is thrust in to a deadly game of pack politics, one the fey have happily joined in on. When the dust settles, she knows she’ll either have everything that she wants or lose it all.
Kindle Price: $0.99
Click he to download this book.
Posted by Joisel at 12:00 AM