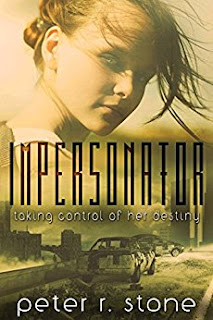 Impersonator
A century after a global nuclear war, eighteen-year-old Chelsea Thomas has spent her life living in fear of Newhome’s paramilitary Custodians, due to a prohibited rogue ability. In the past week, her twin brother – a forager – has uncharacteristically ran away from home and work after the mysterious death of a teammate; something has scared her normally unflappable father half to death; and their family is threatened with eviction. But her brother’s disappearance presents her with a long-sought after opportunity to escape the prison town, since only the foragers – all men – are allowed to leave the town. All she has to do is impersonate her brother long enough to make her escape while foraging out in the ruins. But she never counted on the kindness of Ryan Hill, a forager new to the team. Nor on barbaric Skel attacking the team the moment she makes her escape. She has to choose between making good on her escape or saving Ryan and the others. Twenty-two-year-old Ryan Hill made one mistake at his last place of employment, and that earned the wrath of his fellow workmates, and cost him all of his friends. Alone and dejected, he begins a new job as a forager, expecting more of the same. But then he meets Chelsea, masquerading as her brother Brandon. And though he falls for her ruse, he sees in her a kindred spirit. Could he(she) spark the beginning of a true, genuine friendship that looks past the faults of the other?
Kindle Price: $0.00
Click here to download this book. 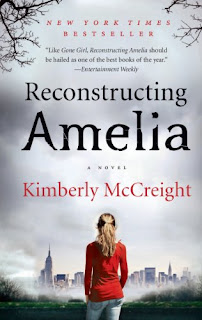 Reconstructing Amelia
Kate's in the middle of the biggest meeting of her career when she gets the telephone call from Grace Hall, her daughter’s exclusive private school in Park Slope, Brooklyn. Amelia has been suspended, effective immediately, and Kate must come get her daughter—now. But Kate’s stress over leaving work quickly turns to panic when she arrives at the school and finds it surrounded by police officers, fire trucks, and an ambulance. By then it’s already too late for Amelia. And for Kate. An academic overachiever despondent over getting caught cheating has jumped to her death. At least that’s the story Grace Hall tells Kate. And clouded as she is by her guilt and grief, it is the one she forces herself to believe. Until she gets an anonymous text: She didn’t jump.
Kindle Price: $2.99
Click here to download this book.
Posted by Joisel at 3:33 AM