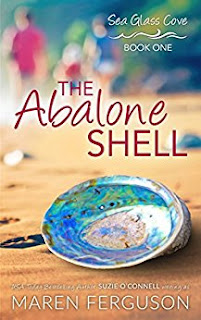 The Abalone Shell
Six months after her divorce, Hope St. Cloud is struggling with her guilt over leaving her daughter’s father. She needs a fresh perspective, and she knows exactly how to find it—by spending the summer at her family’s cottage in Sea Glass Cove. Surrounded by abundant peace and fond childhood memories, Hope and her daughter will be able to find a new rhythm with just the two of them.  Nothing could’ve prepared her for the immediate and tantalizing attraction to local gallery owner Owen McKinney. Or for his instant connection with her shy daughter. It’s been three years since the accident that stole everything Owen held dear. That’s more than enough time to mourn and move on, but he can’t seem to let go… until Hope and her adorable daughter stroll into his gallery. In them, he finds everything he lost—all the joy and adventure that comes with being a family. But Hope’s divorce is still fresh, and he’s afraid she might’ve made a mistake divorcing her husband. Then a sign straight from his past makes it clear that Hope and her daughter are his future, and he can’t let them walk away.
Kindle Price: $0.00
Click here to download this book. 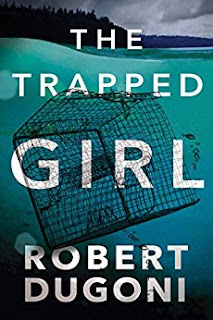 The Trapped Girl
When a woman’s body is discovered submerged in a crab pot in the chilly waters of Puget Sound, Detective Tracy Crosswhite finds herself with a tough case to untangle. Before they can identify the killer, Tracy and her colleagues on the Seattle PD’s Violent Crimes Section must figure out who the victim is. Her autopsy, however, reveals she may have gone to great lengths to conceal her identity. So who was she running from? After evidence surfaces that their Jane Doe may be a woman who suspiciously disappeared months earlier, Tracy is once again haunted by the memory of her sister’s unsolved murder. Dredging up details from the woman’s past leads to conflicting clues that only seem to muddy the investigation. As Tracy begins to uncover a twisted tale of brutal betrayal and desperate greed, she’ll find herself risking everything to confront a killer who won’t go down without a deadly fight.
Kindle Price: $1.99
Click here to download this book.
Posted by Joisel at 2:20 AM