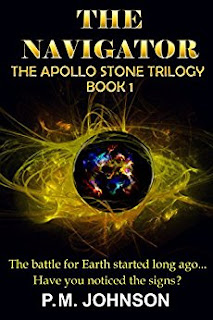 The Navigator
EARTH HAS CHANGED. The old world order collapsed following the meteor impacts of 2031 when fireballs rained down from the skies, instantly vaporizing millions. Billions more died during the Long Winter and resource wars that followed. Over one hundred years have passed since those devastating events and new societies have formed around the globe. In North America, the fragile peace that exists among the continent’s independent nations and city-states is under threat. The ambitious Grand Guardian of the People's Republic of America is mobilizing his massive war machine in order to make real his dream of reunifying a former great power.  But on the eve of the offensive, a leading scientist dies under mysterious circumstances, though not before he entrusts another with the key to unlocking a secret. A secret so powerful, it could not only unravel the Grand Guardian’s designs, but also doom, or save, all of humanity.
Kindle Price: $0.00
Click here to download this book. 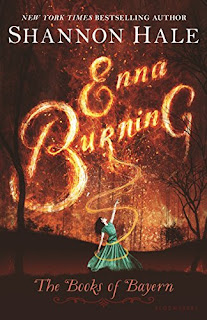 Enna Burning
Enna and Princess Isi became fast friends in The Goose Girl, but after Isi married Prince Geric, Enna returned to the forest. Enna's simple life changes forever when she learns to wield fire and burn anything at will. Enna is convinced that she can use her ability for good--to fight Tira, the kingdom threatening the Bayern borders--and goes on secret raids to set fire to the Tiran camps and villages. But as the power of the fire grows stronger, she is less able to control her need to burn. In her recklessness she is captured by the Tiran army and held captive by a handsome, manipulative young captain who drugs her to keep her under his influence. Can Isi and her old friends Finn and Razo rescue her without sacrificing themselves? And with the fire still consuming her, will Enna find a way to manage the gift that threatens to destroy her?
Kindle Price: $1.99
Click here to download this book.
Posted by Joisel at 12:00 AM