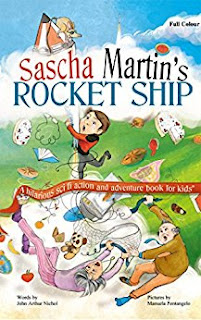 Sascha Martin's Rocket-Ship
Flying pies meet screaming teachers high above the school in this debut disaster featuring Sascha Martin, an eight-year old boy whose genius knows no responsibility. Show-and-Tell will never be the same in Sascha’s classroom, or in his school.
Kindle Price: $0.00
Click here to download this book. 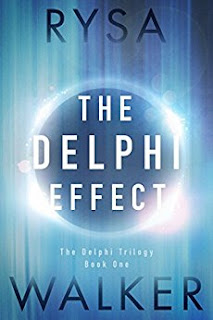 The Delphi Effect
It’s never wise to talk to strangers…and that goes double when they’re dead. Unfortunately, seventeen-year-old Anna Morgan has no choice. Resting on a park bench, touching the turnstile at the Metro station—she never knows where she’ll encounter a ghost. These mental hitchhikers are the reason Anna has been tossed from one foster home and psychiatric institution to the next for most of her life. When a chance touch leads her to pick up the insistent spirit of a girl who was brutally murdered, Anna is pulled headlong into a deadly conspiracy that extends to the highest levels of government. Facing the forces behind her new hitcher’s death will challenge the barriers, both good and bad, that Anna has erected over the years and shed light on her power’s origins. And when the covert organization seeking to recruit her crosses the line by kidnapping her friend, it will discover just how far Anna is willing to go to bring it down.
Kindle Price: $2.00
Click here to download this book.
Posted by Joisel at 3:43 AM