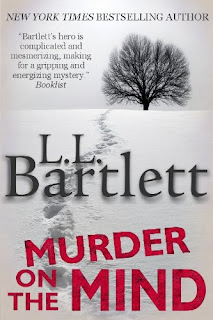 Murder on The Mind
Jeff Resnick hardly knew his well-heeled half-brother. But after suffering a fractured skull in a vicious mugging, he reluctantly accepts the fact that he has a long and brutal recovery to face—and his closest of kin can provide him with the time and place to do it. Now, Jeff is haunted by unexplained visions of a heinous crime—a banker, stalked, killed, and eviscerated like a ten-point buck. When Matt Sumner’s murder is discovered, a still-recovering Jeff realizes this was what he had seen. Jeff must not only convince himself of his new-found psychic ability, but also his skeptical brother Richard Alpert. Since Sumner was Richard’s banker, both brothers have a stake in finding out what happened. With Richard’s reluctant help, Jeff’s investigation leads him to Sumner’s belligerent family and hard-nosed business associates, none of whom want him snooping around. When Jeff discovers a second victim, he knows he must relentlessly chase his quarry even if it means risking his brother’s life.
Kindle Price: $0.00
Click here to download this book. 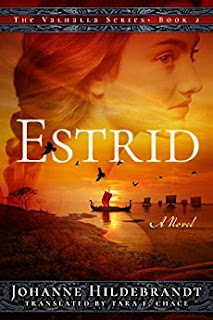 Estrid
Fearless Queen Sigrid wants her twin children to fulfill their destinies: her son, Olaf, to become heir to the kingdom of Svealand, and her gifted daughter, Estrid, to secure passage to the underworld as she is promised to Hel, the Norse goddess of death. But Olaf’s ascension to the throne depends on Sigrid’s former husband, King Erik the Victorious, who despises her and suspects the twins are not his but Sweyn Forkbeard’s, Denmark’s exiled king. As long as the Danish throne is in question, Christian kingdoms and pagan clans battle for control. As Sigrid and her people await Erik’s return from war, a cross-worshipper is taken captive, whose strange power over Estrid sways her to question her allegiance to the death goddess. When Estrid is kidnapped, Sigrid vows to rescue her—at any cost.
Kindle Price: $1.99
Click here to download this book.