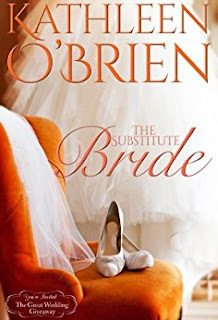 The Substitute Bride
Once upon a time, Marly Akers had believed that, for better or worse, people made their own luck… Marly wonders how she could ever have believed it. Jilted and pregnant, she’s come back to Marietta with her tail between her legs, the blow to her ego huge as she begins working at her family’s small newspaper, the Copper Mountain Courier, and sharing a tiny apartment with her disapproving mom. Things can’t get any worse. Or maybe they can. Drake Everett, who secretly captured her teenaged heart and then publicly trampled on it, decides to make her re-acquaintance. Though Drake isn’t the sharp, funny, cocky, arrogant rich boy of yore. These days he seems sharp, funny… and supportive and decent, and Marly realizes she could fall for him all over again… if she listens to her heart. But what about her reporter’s head, which has sniffed out a story that paints Drake as the sweet talker she’s always known…?
Kindle Price: $0.00
Click here to download this book. 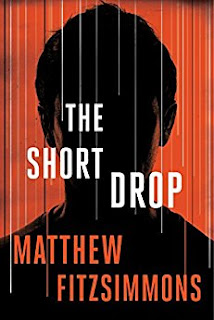 The Short Drop
A decade ago, fourteen-year-old Suzanne Lombard, the daughter of Benjamin Lombard—then a senator, now a powerful vice president running for the presidency—disappeared in the most sensational missing-person case in the nation’s history. Still unsolved, the mystery remains a national obsession. For legendary hacker and marine Gibson Vaughn, the case is personal—Suzanne Lombard had been like a sister to him. On the tenth anniversary of her disappearance, the former head of Benjamin Lombard’s security asks for Gibson’s help in a covert investigation of the case, with new evidence in hand. Haunted by tragic memories, he jumps at the chance to uncover what happened all those years ago. Using his military and technical prowess, he soon discovers multiple conspiracies surrounding the Lombard family—and he encounters powerful, ruthless political players who will do anything to silence him and his team. With new information surfacing that could threaten Lombard’s bid for the presidency, Gibson must stay one step ahead as he navigates a dangerous web to get to the truth.
Kindle Price: $1.99
Click here to download this book.
Posted by Joisel at 5:45 AM