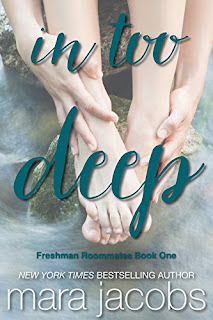 In Too Deep
"I didn’t believe in love at first sight, until I first saw Lucas Kade. I was giving swimming lessons to children when I first saw him. Turns out one of the kids was Lucas’s little brother. So, I’d be seeing a lot more of Lucas. And that was just fine with me. I had a lot going on—a freshman at an elite college, first time away from home, and, oh yeah, roommates with a girl I’d been sent to spy on. I wasn’t exactly looking for anything exclusive. Something casual, though, would be great. But there was nothing casual about my feelings for Lucas. He was a townie, hiding a secret, and I knew better than to get involved. I was always the sensible one, the peacekeeper. Before I knew it…I was In Too Deep."
Kindle Price: $0.00
Click here to download this book. 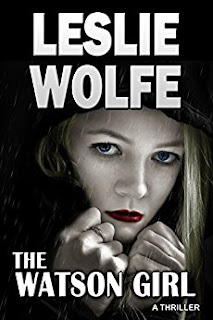 The Watson Girl
An entire family is murdered and, by a quirk, a young girl is left unharmed. For fifteen years, she believed the killer had been caught, and he’s now on death row, awaiting execution. While trying to be content with her adoptive family, she’s living in relentless uncertainty and the fear of remembering what really happened that night when she was five years old. She’s The Watson Girl. A therapist has asked her to participate in regression session treatments to attempt to bring back those lost memories. The closer she gets to the truth, however, the less time she has to remain alive. Now, the real killer is going to silence her, before she can remember the details of that horrifying night, when she was an innocent witness.
Kindle Price: $2.99
Click here to download this book.
Posted by Joisel at 6:32 AM