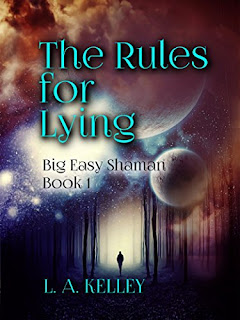 The Rules for Lying
Teenager Peter Whistler lives at the Little Angels Home for Orphan Boys. Life in New Jersey is harsh in the Great Depression, but Peter has an exceptional ability to lie. He hones his talent, convinced it’s the ticket to easy fortune. He certainly doesn’t foresee the arrival of a murderous conjurer with mysterious designs on a little blind girl named Esther. Drawn into a nefarious plot to unleash a demon, Peter leads Esther and an enchanted terrier on a desperate escape to New Orleans and meets Amelie Marchand. Like all well-bred southern girls she’s trained in deadly martial arts, but with a murderous stepmother, Amelie has troubles of her own. Peter and Amelie’s one chance for survival is to head deep into the bayou and seek help from a mad shaman known as the Frog King. Welcome to an alternate 1930s where both jazz and magic fill New Orleans’ air. Can a little luck, mystical lies, and a dash of Cajun crazy help Peter harness the power to kill an immortal demon? If not, the Depression will be a picnic by comparison when hell arrives on Earth.
Kindle Price: $0.00
Click here to download this book. 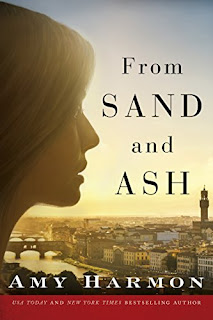 From Sand and Ash
As children, Eva Rosselli and Angelo Bianco were raised like family but divided by circumstance and religion. As the years go by, the two find themselves falling in love. But the church calls to Angelo and, despite his deep feelings for Eva, he chooses the priesthood. Now, more than a decade later, Angelo is a Catholic priest and Eva is a woman with nowhere to turn. With the Gestapo closing in, Angelo hides Eva within the walls of a convent, where Eva discovers she is just one of many Jews being sheltered by the Catholic Church. But Eva can’t quietly hide, waiting for deliverance, while Angelo risks everything to keep her safe. With the world at war and so many in need, Angelo and Eva face trial after trial, choice after agonizing choice, until fate and fortune finally collide, leaving them with the most difficult decision of all.
Kindle Price: $2.00
Click here to download this book.