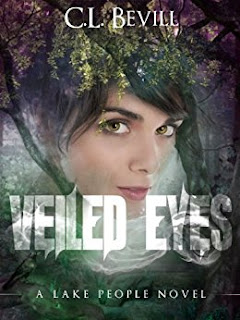 Veiled Eyes
A vivid waking dream of giant cypress trees dripping with Spanish moss haunts Anna St. Thais. The trees sit on a black lake that resembles a dark Louisiana bayou with an evocative aura. The dream includes the presence of a man who seems to know Anna all too well and a group of people with strange telepathic powers, sometimes called veiled eyes. An orphan from Texas, she is on her way east to help out a friend when she encounters two terrifying things. Psychically, she begins to see and hear things through the eyes of an unknown individual, a man who knows more about her than she ever would have imagined. The second thing is that she has been kidnapped by a sociopathic trucker intent on making her his latest victim. When she is rescued by Gabriel Bergeron, a member of the elusive Lake People in Northwestern Louisiana, Anna doesn’t realize that he is her psychic counterpart and she has been inexplicably pulled to the area. She shares their strange colored gold eyes and their distinctive mental powers. They are a reclusive lot and know that Anna is one of them, but has been isolated by unknown circumstances. She is drawn into their incomparable world, something between that of the Creoles and Cajuns, and much in addition to those. There Anna finds a romantic link with Gabriel and the spine-tingling fear of not knowing who to trust. Her return has disturbed the inner workings of the group and threatens to expose secrets long concealed in the murky Louisiana bayous. There are secrets to be divulged about her past and why she was spirited away as an infant. Anna isn’t safe until she discovers the answers she so desperately requires.
Kindle Price: $0.00
Click here to download this book. 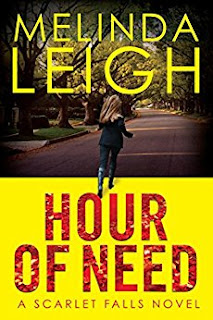 Hour of Need
While fighting in Afghanistan, Major Grant Barrett receives devastating news: his brother and sister-in-law have been murdered in Scarlet Falls, the sleepy suburb of Grant’s youth. Emotionally scarred from war, the career soldier returns home on emergency leave to temporarily care for his orphaned nephew and niece. But when someone tries to kidnap the kids and their teenage babysitter, Grant knows it’s not a random act…and neither were the murders. Already devastated by her neighbors’ violent deaths, Ellie Ross is shattered by the attempted abduction of her teenage daughter so she desperately turns to Grant for help. As they navigate a deadly search for the truth, they struggle with growing feelings for each other and Grant’s impending return to deployment. But time is running out. The killer is growing bolder by the hour, and Ellie and Grant must find him before the children become his next victims.
Kindle Price: $2.00
Click here to download this book.
Posted by Joisel at 12:00 AM