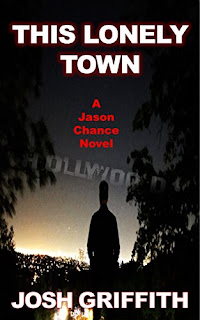 This Lonely Town
We all have secrets. Some haunt. Some terrify. Some kill. When Nora Lord, a rock superstar whose reckless, self-destructive actions were as famous as her music, is found dead from an overdose of Xanax and red wine in a boutique West Hollywood hotel, L.A. Sheriff's Department homicide detective Jason Chance grabs up the case. On the surface, her death looks like an accident or possible suicide. But Jason isn't buying it. This maverick investigator, who loves rock and roll and Hollywood as much as he loves his job, digs deep into Nora's final, tragic days, following a bloody trail from the raucous Sunset Strip to the dark streets of East Hollywood, and on to the protected enclaves of Newport Beach and Pasadena. He clashes with his partner and his bosses as he uncovers a web of obsession, corruption, blackmail, and murder.
Kindle Price: $0.00
Click here to download this book. 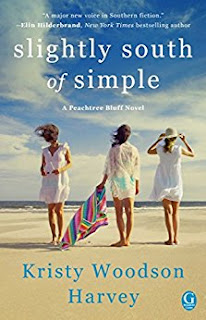 Slightly South of Simple
Ansley has always put her three daughters first, especially when she found out that her late husband, despite what he had always promised, left her with next to nothing. Now the proud owner of a charming waterfront design business and finally standing on her own two feet, Ansley welcomes Caroline and her brood back with open arms. But when her second daughter Sloane, whose military husband is overseas, and youngest daughter and successful actress Emerson join the fray, Ansley begins to feel like the piece of herself she had finally found might be slipping from her grasp. Even more discomfiting, when someone from her past reappears in Ansley's life, the secret she’s harbored from her daughters their entire lives might finally be forced into the open. Exploring the powerful bonds between sisters and mothers and daughters, this engaging novel is filled with Southern charm, emotional drama, and plenty of heart.
Kindle Price: $1.99
Click here to download this book.
Posted by Joisel at 12:00 AM