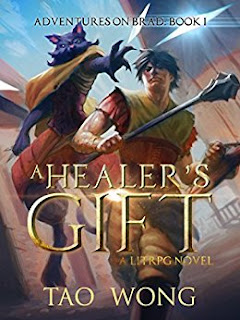 A Healer's Gift
Daniel was Gifted by the gods at birth, able to heal with a touch even the most grievous wounds. Born in a mining camp, he's unable to still his restless heart and journey's to a nearby Dungeon town to take his first steps as an Adventurer. Follow his journey in a world filled with monsters, dungeons and a leveling system.
Kindle Price: $0.00
Click here to download this book. 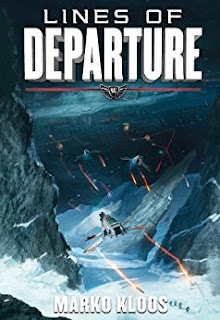 Lines of Departure
Vicious interstellar conflict with an indestructible alien species. Bloody civil war over the last habitable zones of the cosmos. Political unrest, militaristic police forces, dire threats to the solar system…Humanity is on the ropes, and after years of fighting a two-front war with losing odds, so is Commonwealth Defense Corps officer Andrew Grayson. He dreams of dropping out of the service one day, alongside his pilot girlfriend, but as warfare consumes entire planets and conditions on Earth deteriorate, he wonders if there will be anywhere left for them to go. After surviving a disastrous spaceborne assault, Grayson is reassigned to a ship bound for a distant colony—and packed with malcontents and troublemakers. His most dangerous battle has just begun.
Kindle Price: $2.00
Click here to download this book.
Posted by Joisel at 4:54 AM