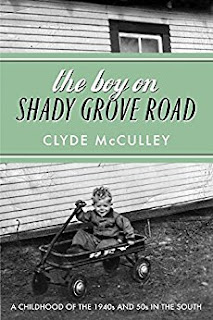 The Boy on Shady Grove Road
Experience the resourceful spirit of Clyde McCulley as he explores in memory his humble but adventurous childhood in rural Arkansas in the 1940s and 50s. Though flavored with the hickory smoke of a southern upbringing, McCulley's juvenile innocence and sense of wonder capture universal mysteries and dreams of childhood as he comes to terms with family, friends, and faith in the segregated south. With wit and heartfelt gratitude, McCulley the boy ponders the most profound of human questions while celebrating the warmth of belonging, the joys of freedom, and the simple pleasures of life.
Kindle Price: $0.00
Click here to download this book. 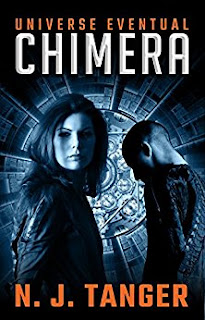 Chimera
On the verge of extinction, the Stephen’s Point colony must take desperate measures to save themselves. Without communication or resupply from Earth for the last fifteen years, the colony has but one chance to survive: restore the ancient starship Chimera and train a young crew to pilot her. The fate of the entire colony rests on the shoulders of a pair of misfits: Theo Puck, a sixteen-year-old hacker with a gift for speaking to machines, and fifteen-year-old Selena Samuelson, a brash but talented pilot with a dark secret in her past. To Theo, the Mandate to crew the Chimera seems like a game—one he isn’t invited to play. A brutal murder changes everything. Left with no choice, Theo has to complete the Selection training and make it aboard the Chimera or face terrible consequences. Selena wants to do what she does best—fly. Piloting her father’s ore trawler is the only life she’s known before a horrifying accident strands her aboard the Hydra, the station responsible for rebuilding the Chimera. Forced into the Mandate testing against her will, Selena encounters an unexpected ally, forever changing the way she sees the Chimera and herself. Forced to make brutal choices in order to survive, Theo and Selena’s fates intertwine. But behind the scenes, someone else sets into motion events that could destroy everything they’re fighting to protect.
Kindle Price: $2.99
Click here to download this book.