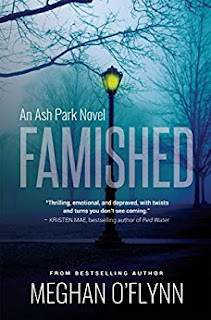 Famished
Ash Park, a run-down suburb of Detroit, might not be the most idyllic place to live, but for Hannah Montgomery, it’s safe. At least, it feels that way until a serial killer starts dicing up women from the shelter where she volunteers. Despite the ever-present tingling at the nape of her neck, Hannah manages to convince herself that the killings have nothing to do with her brutal past—until her boyfriend is murdered in the same ruthless manner as the others. It doesn’t help that the police think she might have done it. But the cops are right about one thing: Hannah is responsible. Because she knows who the killer is. Now she must face the fact that she brought a monster with her to Ash Park—and his appetite for blood is insatiable. Everyone's hungry for something. Some are more famished than others.
Kindle Price: $0.00
Click here to download this book. 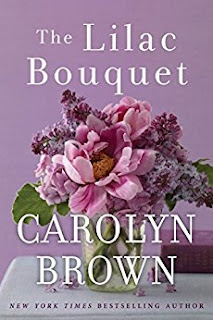 The Lilac Bouquet
Come hell or high water, Emmy Jo Massey will have a wedding. After three generations of Massey women with children out of wedlock, she wants the whole town of Hickory, Texas, to witness the legitimacy of her union with Logan Grady. But dream weddings aren’t cheap. So she accepts a highly lucrative stint as a home health assistant to retired realtor, and town recluse, Seth Thomas—a decision her great-grandmother Tandy is dead-set against. Seth isn’t happy about it, either. The eighty-two-year-old doesn’t want a “babysitter”—much less a Massey—something he makes clear when Emmy arrives at his house, an empty mansion built for the woman who broke his heart. But as Emmy stays and the two eventually open up to each other, she learns the reason behind a feud between Seth, Tandy, and Logan’s grandfather Jesse Grady that goes back six decades. She also uncovers a secret that forever changes how she sees her past and her future…
Kindle Price: $1.99
Click here to download this book.
Posted by Joisel at 6:44 AM