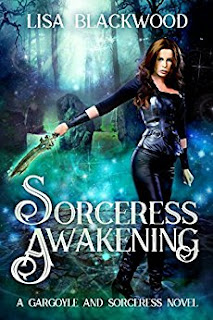 Sorceress Awakening
As a child, a near-drowning accident stole Lillian’s old life. Her new life began the moment she awoke at the foot of a brooding, stone gargoyle. Years later, Lillian still finds comfort in Gregory, her gargoyle, never guessing he is more than cold stone until demonic creatures called the Riven attack. Gregory senses her terror and wakes from his healing sleep. After the battle, Lillian learns the humans she thought were her family are a powerful coven of witches at war with the Riven. Lillian is something more than human, a powerful worker of magic, an Avatar to the gods. Gregory has been her protector for many lifetimes, but troubles in their homeland forced him to flee with her to the human world. And it wasn’t an accident which stole her memories—it was Gregory. He suspects Lillian is host to an infant demon, one capable of evil greater than the Riven.  Despite everything, Lillian fears she’s falling in love with her guardian. While she might be able to defeat the Riven with Gregory’s help, she doesn’t know if her fragile new love can survive the evil growing in her own soul...
Kindle Price: $0.00
Click here to download this book. 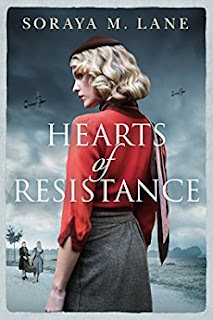 Hearts of Resistance
When Hazel is given the chance to parachute into Nazi-occupied France, she seizes the opportunity to do more for the British war effort than file paperwork. Alongside her childhood friend, French-born Rose, she quickly rises up the ranks of the freedom fighters. For Rose, the Resistance is a link to her late husband, and a way to move forward without him. What starts out as helping downed airmen becomes a bigger cause when they meet Sophia, a German escapee and fierce critic of Hitler who is wanted by the Gestapo. Together the three women form a bond that will last a lifetime. But amid the turmoil and tragedy of warfare, all three risk losing everything—and everyone—they hold dear. Will their united front be strong enough to see them through?
Kindle Price: $1.99
Click here to download this book.
Posted by Joisel at 12:00 AM