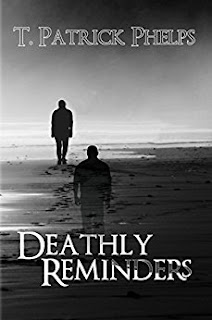 Deathly Reminders
Jessica Gracers sits in a jail cell. Accused of murdering her husband; a crime she insists he is innocent of. Having heard of Derek Cole and his investigative skills, Jessica hires Derek and requests he begin the investigation immediately. But when Derek Cole and Nikkie Armani arrive in the Tampa, Florida area, ready to begin their case, they learn their client has refused to give an alibi. Forced to work with Jessica’s lawyer, a woman with a past and present filled with secrets, Derek and Nikkie must first convince their client to give her alibi before they can begin their investigation. And when Jessica’s alibi is given, their entire case is sent spinning out of control. As they close in on the truth, Derek and Nikkie discover they can trust no one. That no story can be believed and no one involved in their case can be dismissed as the potential killer.  But before Derek can unravel the mystery, a tragedy strikes. It sends him reeling back into his horrific past and turning innocent objects into nothing more than deathly reminders.  And when the case is closed and Derek is ready to return home, he discovers a final twist that may keep him an emotional hostage for the rest of his life.
Kindle Price: $0.00
Click here to download this book. 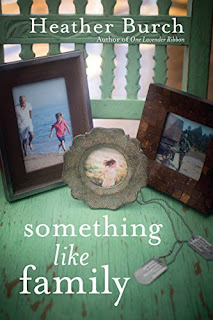 Something Like Family
Abandoned by his mother when he was young, twenty-two-year-old Rave Wayne knows all about loss. That doesn’t mean he’s used to it. After he’s dumped by the girlfriend he assumed he’d spend his life with, Rave is longing more than ever to connect. Then, as if by miracle, he receives an invitation from his grandfather, a man he thought was long gone, to come for a visit in rural Tennessee. Loyal, honest, and loving, dear old Tuck is everything Rave could have hoped for. He’s family. Soon, Rave finds himself falling for a down-to-earth local girl, and he thinks his life is finally coming together. But the past isn’t through with Rave. When his mother returns after many long years, looking to reconcile the terrible mistakes that once defined her, Rave struggles to put together the unsettled pieces of his heart. Will this once-estranged family be able to come together to understand the meaning of unconditional love, the fragile bonds of family, and the healing power of letting go?
Kindle Price: $1.99
Click here to download this book.
Posted by Joisel at 4:05 AM