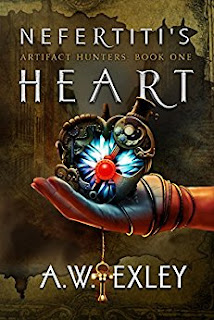 Nefertiti's Heart
1861. Cara has a simple mission in London – finalise her father’s estate and sell off his damned collection of priceless artifacts. Her plan goes awry when a killer stalks the nobility, searching for an ancient Egyptian relic rumoured to hold the key to immortality. Nathaniel Trent, known as the villainous viscount, is relentless in his desire to lay his hands on both Cara and the priceless artifacts. His icy exterior and fiery touch stirs Cara’s demons, or could he lay them to rest? Self-preservation fuels Cara’s search for the gem known as Nefertiti’s Heart. In a society where everyone wears a mask to hide their true intent, she needs to figure out who to trust, before she sacrifices her own heart and life.
Kindle Price: $0.00
Click here to download this book. 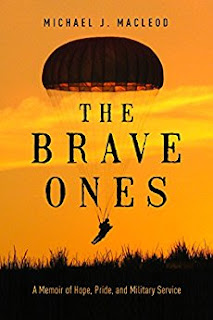 The Brave Ones
How does the US Army mold a video-game generation with its thumbs on the joystick into a proud fighting force with its fingers on the trigger—and lives on the line—in America’s War on Terror? Michael J. MacLeod, already an accomplished professional photographer and journalist, decided to find out the hard way: by enlisting in the armed forces at age forty-one. What he observed and experienced as an embedded reporter and a serving soldier makes for an unflinching and inspiring portrait of endurance, sacrifice, discipline, and courage. From the trials of basic training on the home front to the ranks of the legendary 82nd Airborne Division to taking fire in the hot zones of Iraq and Afghanistan, MacLeod chronicles the soldier’s evolution as only one who’s been in those boots can. Candid, wise, and powerful, his memoir takes readers on an unforgettable journey through war and allows them to witness bravery firsthand.
Kindle Price: $1.99
Click here to download this book.
Posted by Joisel at 2:37 AM