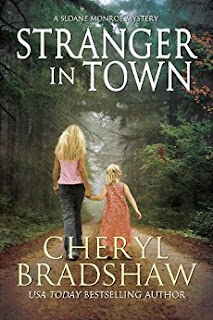 Stranger in Town
Six-year-old Olivia Hathaway tiptoes down the center aisle of Maybelle's Market, stopping once to glance over her shoulder and make sure her mother isn't watching. But Mrs. Hathaway is too preoccupied to notice her daughter has slipped away. Moments later, a frantic Mrs. Hathaway runs up and down the aisles, desperately searching for her missing daughter. But little Olivia is already in the arms of a stranger. Will PI Sloane Monroe find Olivia before it's too late?
Kindle Price: $0.00
Click here to download this book. 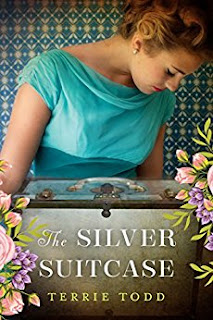 The Silver Suitcase
It’s 1939, and Canada is on the cusp of entering World War II. Seventeen-year-old farm girl Cornelia is heartbroken when she learns that her beloved soldier, Henry, has been killed in a train wreck. Alone and carrying a heavy secret, she makes the desperate choice that will haunt her for years to come. Never telling a soul, Cornelia pours out the painful events of the war in her diary. Many decades later, Cornelia’s granddaughter, Benita, is in the midst of her own crisis, experiencing several losses in the same week, including her job and the grandmother she adored. The resulting emotional and financial stress takes its toll on her and her husband, Ken, who is also unemployed. On the brink of divorce, she discovers Cornelia’s diary. Now the secrets of her grandmother’s past will lead Benita on an unexpected journey of healing, reunion, and renewed faith.
Kindle Price: $1.99
Click here to download this book.
Posted by Joisel at 12:00 AM