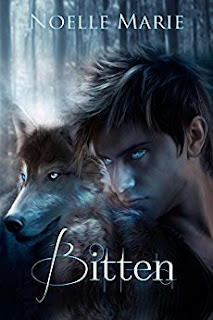 Bitten
Bastian had to have been the most handsome man that Katherine had ever met. It really was unfortunate that he was also the most stubborn, controlling, downright infuriating jackass she’d ever known as well. Oh, and there was the fact that he was a werewolf – a werewolf who has bitten her.  Sixteen-year-old Katherine Mayes had never believed in mythological creatures like werewolves or mermaids – certainly not those sparkly vampires that her friend Abby was obsessed with. Even when she’s bitten by a massive animal after a reckless night of teenage adventure and her body begins to change in mystifying ways, she can’t force herself to believe in what she’s convinced is impossible. Little does she realize she’s been infected with a disease a little more permanent than the rabies she feels fortunate to have not contracted. Her fierce denial is soundly shattered, however, when she is simultaneously saved and kidnapped by Bastian and his pack. Forced to leave small town Iowa behind and adjust to their way of life in a hidden society, Katherine must also deal with fighting the pull she feels towards the man – or wolf, rather – who has bitten her and disrupted her life so completely.
Kindle Price: $0.00
Click here to download this book. 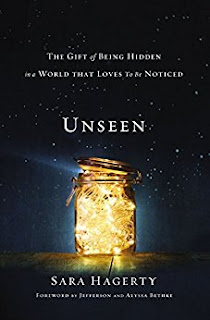 Unseen
"Every heart longs to be seen and understood. Yet most of our lives is unwitnessed. We spend our days working, driving, parenting. We sometimes spend whole seasons feeling unnoticed and unappreciated. So how do we find contentment when we feel so hidden? In Unseen, Sara Hagerty suggests that this is exactly what God intended. He is the only One who truly knows us. He is the only One who understands the value of the unseen in our lives. When this truth seeps into our souls, we realize that only when we hide ourselves in God can we give ourselves to others in true freedom—and know the joy of a deeper relationship with the God who sees us."
Kindle Price: $2.51
Click here to download this book.
Posted by Joisel at 3:51 AM