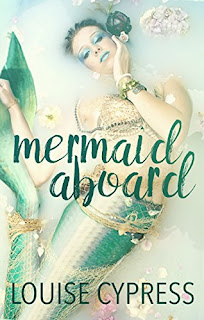 Mermaid Aboard
Estella Pearl has dreams for her future that her family doesn't understand. She wants to be a scientist who discovers a way to save the Great Barrier Reef, but her father hopes Estella will take over their pearl farm. Meanwhile, Estella's older sister, Marisa, is marrying the Norwegian heir to a fish oil fortune and wants Estella to settle down too. Uncertain about her future and unwilling to stand up to the merfolk who boss her around, Estella escapes to the surface, where she meets Ian, a human with troubles of his own. Ian's vacation aboard the luxury cruise ship the Hans Christian Anderson has turned into a nightmare thanks to his parents' constant bickering. Ian's solace is the ocean, and he plans to earn his Ph.D. in marine biology. When these two science nerds meet, it's love at first sight, and the only thing stopping their happily ever after is DNA.
Kindle Price: $0.00
Click here to download this book. 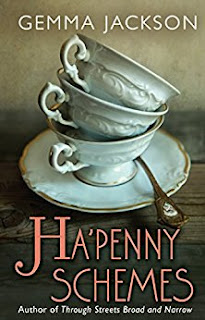 Ha'Penny Schemes
In 1920’s inner-city Dublin tenements, Ivy Rose Murphy struggles to survive and thrive in the harsh poverty-stricken environment she was born into. She is trying to adapt to her new role as a married woman. There are those jealous of the improvements she has managed to make in her life. To Ivy it seems everyone wants a piece of her. She is stretched to breaking point.  Ivy’s old enemy Father Leary keeps a close watch on her comings and goings. She has attracted the attention of people willing to profit from the efforts of others. She needs help. Ivy’s friends gather around to offer support – but somehow Ivy is the one who gives hope to them.  Ivy’s husband, Jem Ryan, is a forward-thinking man. He is busy making a better life for the family he longs for – but can he protect Ivy when her enemies begin to close in?
Kindle Price: $1.99
Click here to download this book.
Posted by Joisel at 4:20 AM