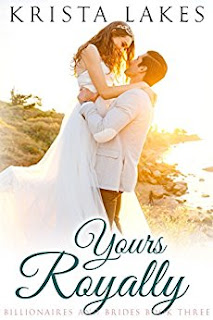 Yours Royally
Prince Marco:
Royal life can be a royal pain, and Marco needs a break. A secret identity, just for a few weeks. A relaxing vacation in America, where nobody knows who he really is. Not even the girl he hires to be his personal assistant, Sabrina. But when Sabrina turns out to be the best part of his vacation, he finds it harder and harder to keep his secret from her...
Sabrina Wise:
Sabrina never imagined that any job could lead to paparazzi encounters and surprise trips to Hawaii. Who could have thought that her boss would turn out to be as charming as he was handsome? But, behind their sizzling sexual tension, she can't help but think there's something more to Marco. Who is this gorgeous man she's taking orders from, and why is he keeping so much hidden away? If she's willing to risk everything to find out, she might end up in her own Cinderella fairy-tale ending...
Kindle Price: $0.00
Click here to download this book. 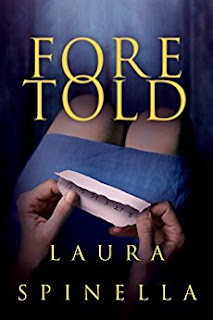 Foretold
A mysterious death in a muddy swamp, missing children in different states…psychic Aubrey Ellis and her partner, investigative reporter Levi St John, have their hands full. The added strain of raising their son, who struggles with his own psychic gift, pushes life to the brink of collapse. Enter Zeke Dublin—Aubrey’s first love from her carnival past. Tensions escalate when it’s clear that the attraction between them is alive and well. But as Levi discovers disturbing clues about the body pulled from the swamp, he begins to suspect Zeke’s sudden presence is more than coincidence. As Aubrey’s uncanny abilities take an unsettling turn, she fears that this time her own child is in danger. Who can Aubrey trust to help solve the unknowns surrounding her life—the father of her son, or a man who’s always understood the deepest secrets of her psychic gift?
Kindle Price: $1.99
Click here to download this book.
Posted by Joisel at 5:36 AM