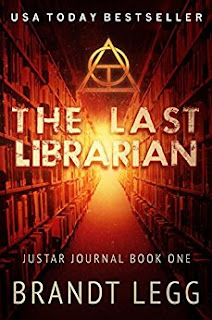 The Last Librarian
In the year 2098, there is no more war, no more hunger and no more pollution. The world is secure and Earth’s 2.9 billion people are healthy and happy. There is also only one remaining library that still houses physical books. In addition to the dusty volumes, the library holds many secrets. But the government has decided to shut it down and burn the contents. Unless an unlikely trio can save the books, humanity will lose more than just what is printed on those antique pages. With a single government ruling the entire planet, one currency, one language and no religion, the population is unified and enjoying the prosperity that comes with more than seven decades of peace. Free healthcare for all and guaranteed employment make the future a dream. But this future may only be safe if they can hide the past. The books must be saved . . . the impossible task is up to an angry author, a brazen revolutionary and the last librarian.
Kindle Price: $0.00
Click here to download this book. 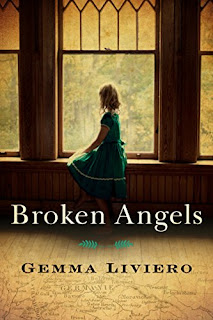 Broken Angels
Imprisoned in the Lodz Ghetto, Elsi discovers her mother’s desperate attempt to end her pregnancy and comes face-to-face with the impossibility of their situation. Risking her own life, Elsi joins a resistance group to sabotage the regime. Blonde, blue-eyed Matilda is wrenched from her family in Romania and taken to Germany, where her captors attempt to mold her into the perfect Aryan child. Spirited and brave, she must inspire hope in the other stolen children to make her dreams of escape a reality. Willem, a high-ranking Nazi doctor, plans to save lives when he takes posts in both the ghetto and Auschwitz. After witnessing unimaginable cruelties, he begins to question his role and the future of those he is ordered to destroy. While Hitler ransacks Europe in pursuit of a pure German race, the lives of three broken souls—thrown together by chance—intertwine. Only love and sacrifice might make them whole again.
Kindle Price: $1.99
Click here to download this book.
Posted by Joisel at 3:05 AM