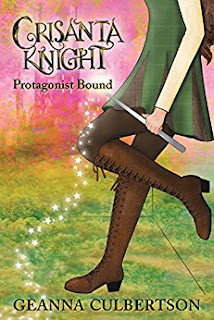 Crisanta Knight
"I was going to be a great protagonist. At least that's what my mom, Cinderella, kept telling me. I, however, had my doubts. Unlike most main characters at Lady Agnue's School for Princesses & Other Female Protagonists, I was opinionated, bold, and headstrong. Moreover, for a princess, I had a lot of issues. I'm talking vicious nightmares about people I've never met, a total stalker prince, and a Fairy Godmother for an enemy. But I digress. Because here's the thing about living in an enchanted realm of fairytale characters, crazy junk you never planned on happens all the time. One minute you could be practicing fainting exercises in Damsels in Distress class, sword fighting in a field, or flying on a Pegasus, and the next, BAM! Your book has begun and you're saddled with a prophecy that changes everything. I still don't know if I will be a great protagonist one day. But I know one thing about my fate, for certain. Despite what The Author and the antagonists have in store for me, whatever it costs. . .I'll be the one taking charge of my own story."
Kindle Price: $0.00
Click here to download this book. 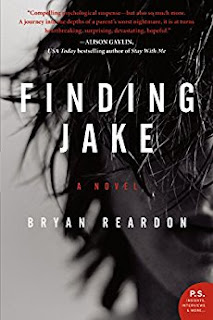 Finding Jake
While his successful wife goes off to her law office each day, Simon Connolly takes care of their kids, Jake and Laney. Now that they are in high school, the angst-ridden father should feel more relaxed, but he doesn't. He’s seen the statistics, read the headlines. And now, his darkest fear is coming true. There has been a shooting at school. Simon races to the rendezvous point, where he’s forced to wait. Do they know who did it? How many victims were there? Why did this happen? One by one, parents are led out of the room to reunite with their children. Their numbers dwindle, until Simon is alone. As his worst nightmare unfolds, and Jake is the only child missing, Simon begins to obsess over the past, searching for answers, for hope, for the memory of the boy he raised, for mistakes he must have made, for the reason everything came to this. Where is Jake? What happened in those final moments? Is it possible he doesn’t really know his son? Or he knows him better than he thought?
Kindle Price: $1.99
Click here to download this book.
Posted by Joisel at 3:57 AM