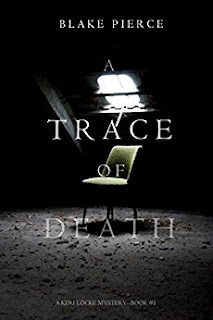 A Trace of Death
Keri Locke, Missing Persons Detective in the Homicide division of the LAPD, remains haunted by the abduction of her own daughter, years before, never found. Still obsessed with finding her, Keri buries her grief the only way she knows how: by throwing herself into the cases of missing persons in Los Angeles.  A routine phone call from a worried mother of a high-schooler, only two hours missing, should be ignored. Yet something about the mother’s voice strikes a chord, and Keri decides to investigate. What she finds shocks her. The missing daughter—of a prominent senator—was hiding secrets no one knew. When all evidence points to a runaway, Keri is ordered off the case. And yet, despite pressure from her superiors, from the media, despite all trails going cold, the brilliant and obsessed Keri refuses to let it go. She knows she has but 48 hours if she has any chance of bringing this girl back alive.
Kindle Price: $0.00
Click here to download this book. 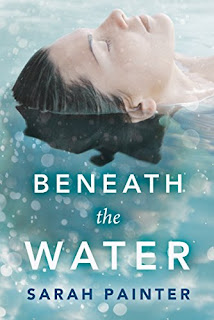 Beneath the Water
Devastated by a broken engagement, Stella Jackson leaves her old life behind for a new start in rural Scotland. But when she arrives in the remote coastal village of Arisaig, nothing is what she expected. At the edge of Arisaig sits Munro House; grand, imposing and said to be cursed by a string of tragic deaths. No less intriguing is its eccentric and handsome young owner, Jamie Munro, who hires Stella as his assistant while he pursues a seemingly impossible aim. Working through the great house’s archives, Stella soon finds herself drawn in by a cache of increasingly erratic letters from a young Victorian woman about her husband, Dr James Lockhart, a man whose single-minded ambition has strange parallels with Jamie’s. Just as Stella begins developing feelings for Jamie, she discovers that the connection between the Lockharts and the Munros could have sinister repercussions for them both. She’s finally found the life she wants to live—but is it all an illusion?
Kindle Price: $1.99
Click here to download this book.
Posted by Joisel at 5:06 AM