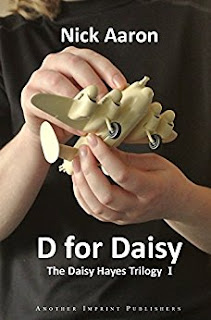 D for Daisy
World War II. During the attacks on Berlin in the winter of 1943-44, wave after wave of British bombers swept over northern Europe and dropped their lethal loads on the German capital. A fair percentage of the bombers would fail to return from these operations, and RAF planners calculated the life expectancy of the airmen in weeks rather than months. Therefore it did not seem strange when a Lancaster named D-Daisy landed at its base in England after a bombing run, and a member of the crew was found dead. However, one person soon came to the conclusion that this man had been murdered. And the person who discovered this happened to be blind since birth. Her name was Daisy and she was the victim’s wife. She was very blonde and very pretty; also very young. Therefore, no one would listen to her. So she was going to have to find the murderer on her own.
Kindle Price: $0.00
Click here to download this book. 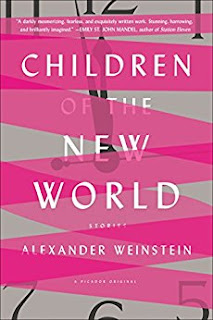 Children of the New World
This book introduces readers to a near-future world of social media implants, memory manufacturers, dangerously immersive virtual reality games, and alarmingly intuitive robots. Many of these characters live in a utopian future of instant connection and technological gratification that belies an unbridgeable human distance, while others inhabit a post-collapse landscape made primitive by disaster, which they must work to rebuild as we once did millennia ago.
Kindle Price: $3.99
Click here to download this book.
Posted by Joisel at 4:35 AM