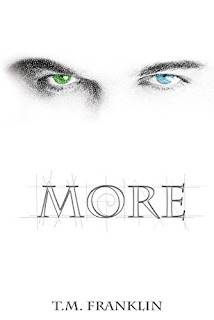 MORE
Ava Michaels used to think she was special. As a child, she fantasized about having magical powers . . . making things happen. But Ava grew up and eventually accepted the fact that her childish dreams were just that, and maybe a normal life wasn't so bad after all. Now a young college student, Ava meets Caleb Foster, a brilliant and mysterious man who’s supposed to help her pass Physics, but in reality has another mission in mind. What he shows Ava challenges her view of the world, shaking it to its very core. Because Caleb isn't quite what he seems. In fact, he's not entirely human, and he's not the only one. Together, the duo faces a threat from an ancient race bound to protect humans, but only after protecting their own secrets—secrets they fear Ava may expose. Fighting to survive, Ava soon learns she's not actually normal . . . she's not even just special. She's a little bit more.
Kindle Price: $0.00
Click here to download this book. 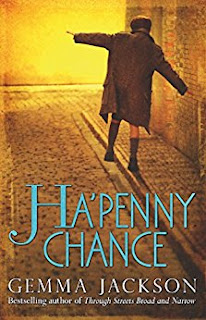 Ha'Penny Chance
Ivy Rose Murphy dreams of a better future. For years she has set out daily from the tenements known as ‘The Lane’ to beg for discards from the homes of the wealthy – discards she turns into items to sell around the Dublin markets. And now she has grander schemes afoot.  But, as her fortunes take a turn for the better, there are eyes on Ivy – and she is vulnerable as she carries her earnings home through the dark winter streets. And, to add to her fears, a well-dressed stranger begins to stalk her.  Ann Marie Gannon, a wealthy young woman who has struck up an unlikely friendship with Ivy, wants to protect her. But will the stubborn woman she admires allow her to do so?  Jem Ryan, who owns the local livery, longs to make Ivy his wife, but she is reluctant to give up her fierce independence.  Then a sudden astonishing event turns Ivy’s world upside down. A dazzling future beckons and she must decide where her loyalties lie.
Kindle Price: $1.99
Click here to download this book.
Posted by Joisel at 5:06 AM