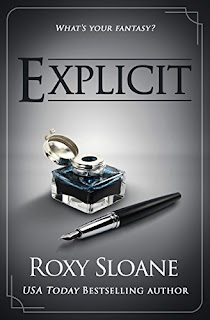 Explicit
Bestselling novelist Jackson Ford is arrogant, exacting, and relentless on the page and off. His irresistible new editor, Ellie Parker is smart, headstrong, and not intimidated by Jackson's attitude - or the way he turns every exchange into a filthy seduction. There isn't a thing these two can agree on, except their intense attraction. But with Jackson's deadline looming, can they stop fighting long enough for him to deliver the hit she needs? The relationship between editor and author has never been so intimate or so explicit..
Kindle Price: $0.00
Click here to download this book. 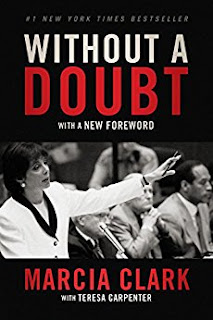 Without a Doubt
It's a book about a woman. Marcia Clark takes us inside her head and her heart. Her voice is raw, incisive, disarming, unmistakable. Her story is both sweeping and deeply personal. How did she do it, day after day? What was it like, orchestrating the most controversial case of her career in the face of the media's relentless klieg lights? How did she fight her personal battles - those of a working mother balancing a crushing workload and a painful, very public divorce? When did she know that her case was lost? Who stood by her, and who abandoned her? And how did she cope with the outcome? As Clark shares the secrets of her own life, we understand for the first time why she identified so strongly with Nicole, in a way no man ever could. No one is spared in this unflinching account - least of all Clark herself, who candidly admits what she wishes she'd done differently - and, for the first time, we understand why the outcome was inevitable.
Kindle Price: $2.49
Click here to download this book.
Posted by Joisel at 6:40 AM