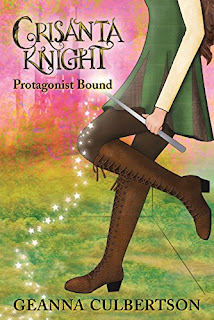 Crisanta Knight
"I was going to be a great protagonist. At least that's what my mom, Cinderella, kept telling me. I, however, had my doubts. Unlike most main characters at Lady Agnue's School for Princesses & Other Female Protagonists, I was opinionated, bold, and headstrong. Moreover, for a princess, I had a lot of issues. I'm talking vicious nightmares about people I've never met, a total stalker prince, and a Fairy Godmother for an enemy. But I digress. Because here's the thing about living in an enchanted realm of fairytale characters, crazy junk you never planned on happens all the time. One minute you could be practicing fainting exercises in Damsels in Distress class, sword fighting in a field, or flying on a Pegasus, and the next, BAM! Your book has begun and you're saddled with a prophecy that changes everything.  I still don't know if I will be a great protagonist one day. But I know one thing about my fate, for certain. Despite what The Author and the antagonists have in store for me, whatever it costs. . .I'll be the one taking charge of my own story. "
Kindle Price: $0.00
Click here to download this book. 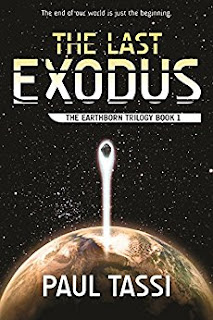 The Last Exodus
The Earth lies in ruins in the aftermath of an invasion, the land devastated by an intergalactic war where neither side won. The seas are drying up while the atmosphere corrodes and slowly cooks all remaining life on the now desolate rock.  Few survivors remain, but one of them is Lucas, an ordinary man hardened by the last few years after the world's end. He's fought off bandits, murderers, and stranded creatures on his long trek across the country in search of his family. What he finds instead is hope, something thought lost in the world.  There's a ship buried in a crater wall. One of theirs. One that works. To fly it, Lucas must join forces with a traitorous alien scientist and a captured, merciless raider named Asha. Their perilous journey fighting savage men and creatures alike takes them across the remains of the planet and far out into the stars to...where exactly? Lucas has to live long enough to find out.
Kindle Price: $1.99
Click here to download this book.
Posted by Joisel at 12:00 AM